Well, it’s March. Did you stick to those aspirational New Year’s resolutions? If personal motivation and willpower failed, perhaps your best bet is to use a mobile app or fitness tracker for support next. With the well-established knowledge that the post-holiday stimulus to workout is lacking in most people, Apple, has provided its millions of users a way to stick to their fitness goals and burn off those extra calories (and maybe live longer) with the Apple Watch Ring in the New Year Challenge.

The Apple Watch Ring in the New Year Challenge consisted of three “rings” that closed as activity was completed. The object was for users to close the rings by hitting their movement goals, standing for at least one minute of 12 separate hours, and exercising for 30 minutes every day consecutively for at least one week in January. Once completed, users received a special digital medal.

When we wrote about the Apple Thanksgiving Day Challenge, where participants received a “badge” if they ran, walked, or wheelchaired at least 5K on that day, we hoped that there would be other watch-based enticements like this. The New Year Challenge goes beyond just calorie and step count and inspires those partaking to be active in different ways. Studies have shown that an attractive and easy-to-use interface inspires the use of e-health and medical apps to achieve health goals and change behavior.

But these badges, much like overeating, aren’t just for holidays or special occasions. Apple has myriad “prizes” for those who want to work out anytime of the year: Whether you’re doing your first run, hitting your caloric working goal for the 5th time, or getting to your daily movement goal 1,000 times, you’ll get a slick electronic badge. Sure, they’re not real medals, but they won’t weigh you down when you’re on your next workout either. 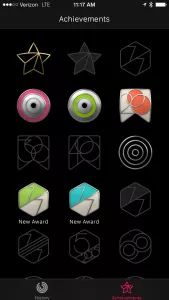 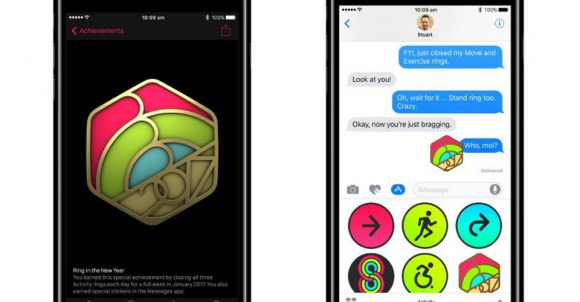