While electronic health records (EHRs), medical apps, and other information technology (IT) revolutionized health care, they have always had a particular problem – interoperability. The fact remains that current medical apps just don’t work well together. According to a survey of nurses last year, the connected management of patient data has the potential to get rid of redundancies, limit time spent entering the data, and create fewer errors.

Could sharing information and patient data between proprietary companies that makes care simple and easy for providers and patients ever be possible? If a demonstration of SMART (Sustainable Medical Applications and Reusable Technologies) on FHIR (Fast Healthcare Interoperability Resources) at the Connected Health Conference is any indication—the answer is a resounding yes.

In 2010, researchers at the Harvard Medical School and Boston Children’s Hospital developed the SMART on FHIR, an open-access API, that lets medical apps from mixed IT systems operate almost seamlessly without any modification.

The demonstration used apps from Medisafe, CareEvolution, and RxRevu to show integration through SMART on FHIR with EHR platforms like Allscripts, Cerner, and Epic. The demo used the example of a fictional patient who, according to mHealth Intelligence, was “able to access her complete medication information in disparate EHR platforms through each of the three apps, managing medication lists, integrating with separate apps or medication adherence tools and passing the information on to caregivers.”

The conference was sponsored by the Office of the National Coordinator on Health IT (ONC). The agency has made interoperability a major objective for the medical community by hosting conferences and contests that showcased solutions from direct interoperability, such as the SMART on FHIR, to a standardization of privacy policies for medical IT. And with the funding and excitement from The 21st Century Cures Act, we’re bound to see more developers focusing on interoperability. 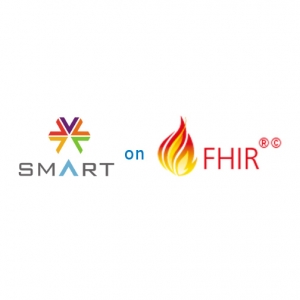