Savonix MobileTM, which was launched in October, “delivers healthcare providers a cost-effective and highly accessible cognitive tool that captures the range of cognitive function from slight impairment to gross decline,” according to the company. Savonix also claims that it eliminates the expense of training staffers to conduct more traditional neurocognitive assessments and reduces human error, using a digital dashboard to transform test results into usable data; the cognitive assessment conducted through Savonix MobileTM takes 30 minutes to perform. Although Savonix has yet to publish any one-on-one comparisons of its digital assessment tool against pen and paper testing, it says the system is evidence-based. Its product overview states that “Results and score reports for Savonix Mobile were created by Savonix and psychometrically normed against decades of published research in the digitization of cognitive assessment tasks.”

The platform has been licensed by NYU, CUNY, and Fitango Health. Dr. Dov Biran, CEO of Fitango Health, believes that “Traditional cognitive testing is a lengthy and inefficient process. With Savonix we have found a simple and cost-effective way to gauge cognitive function as well as organize and store this data at the population level… As a population health management platform, the data Savonix’s technology delivers is invaluable. We’ve integrated their assessment into our workflows and will save significant time and money while improving patient care.”

Savonix was founded by Mylea Charvat, PhD, a translational neuroscientist who did a fellowship in Clinical Neuroscience at Stanford School of Medicine after receiving her Ph.D. in clinical psychology from Palo Alto University.

While these digital cognitive function tests are certainly interesting — it’s a stretch to say the actual tool is evidence based. The actual “system” or how it does the testing is based on literature, but there doesn’t appear to be any published studies to show the superiority of this digital tool or even studies that show the digital tool works just as well as traditional testing. 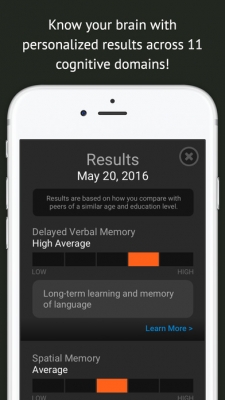 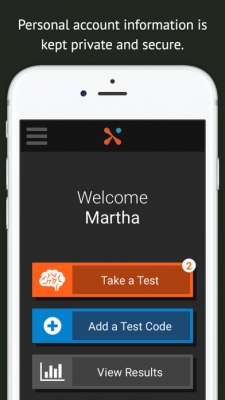