It’s cold and flu season. That means trying not to touch doorknobs, upping your vitamin game, and avoiding your coworker who, for some reason, decided to come to work even though they are hacking and coughing. Uh oh. Was your sneeze just from your dust allergies or from something far worse? Well, there might be a new way to predict your probability of getting sick with the new medical app achu.

From treatment resources to flu trackers, there is already a plethora of apps to help you when you are sick (or think you might be). But achu is different. Developed by Datapult Inc.—a company that researches data from wearables already on the market—the app uses information from personal input and Fitbit devices to let users know that they may be getting sick.

Those with a Fitbit can download achu and sync it with their device. Anytime the user is feeling sick, the company uses fatigue and fever as examples, they will simply input that into achu. So the more past data the app gleans from users, the better it will be at predicting future illness by tracking the patterns indicating that.

In a statement, CTO of Datapult Michael Morra explained how it works:

“The more interactive you are with achu, the more accurate it will be in helping you to stay healthy. When you feel tired, achy, feverish, stuffy – whatever the symptom, you calibrate the achu app, and it will then start to match data from past readings. It will then actively monitor your health to look for similar data patterns that suggest that you’re getting sick, before you feel an ache or pain,”

He adds that even if you don’t have a Fitbit, you can stay well with achu’s daily health tips.

That depends on how you use it and the accuracy of achu’s algorithms. If you can see signs of illness coming on, you probably already know that something is on the horizon. But there are those data junkies who only listen to the numbers and not their bodies. And this might be the perfect way to have empirical proof that they need to slow down and get some rest. 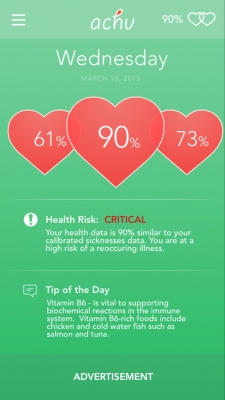 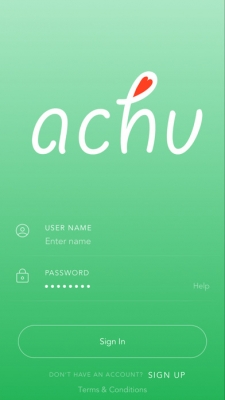