People using the mobile app Noom Coach found success in weight loss, according to a new study in the journal Scientific Reports – Nature. Chin & Keum et. al published the article titled “Successful Weight Reduction and Maintenance by Using a Smartphone Application in Those with Overweight and Obesity”. These researchers from medical schools in Jeju and Seoul, Korea analyzed user data collected from Noom Coach to characterize how participants used the app to lose weight. This article adds to the growing body of evidence supporting mobile health as a possible method to improve health behaviors and outcomes.

Noom Inc. is a New York based start-up whose products are based on an interesting concept: coupling machine learning with mobile health to aid in behavior change. The company raised $7 million series A funding during February 2014, $16.15 million series B in April 2015, and Samsung Ventures has recently announced its investment into the company. Noom’s initial direct-to-consumer product Noom Coach, is a mobile application that provides users a structured program for weight loss. The company now offers an additional product called Noom Health, which is an enterprise based product aimed at coordinating preventative health measures between healthcare providers and patients. There have been research data showing that Noom Health is comparable to conventional methods for preventing diabetes for certain patients.

Achieving weight loss through lifestyle modification is one of the holy grails of healthcare. Techniques in behavior modification are taught in health professional schools and used in various practice environments to curtail negative health behaviors. Addressing the obesity epidemic has been a difficult task for healthcare providers in particular. There may not be a silver bullet for obesity, as the disease is multifactorial, and behavior change is a complex issue that evolves through time. One certainty is that current day efforts are inadequate. With the prevalence of smartphones in the community, there is potential through innovation in mobile health to affect change in a segment of population that has been refractory to conventional methods.

The developers for Zoom Coach were not involved with study. Researchers retrospectively analyzed data collected from users from Oct 2012 to April 2014 who used the app at least two times a month for six months. Extreme variants of data and 42 year olds were excluded from this study. This was due to the fact that users are defaulted as a 42 year old if they do not provide an age. Of the 35,921 participants that were included, 78.4% were females, and 77.9% users reported weight loss. 22.7% of participants reported more than a 10% reduction in weight. Male users that more frequently input weight, exercise, and caloric intake for dinner were associated with weight loss, with the latter having the highest correlation.

The authors were clear about the limitations of this study. This was a retrospective study which can potentially introduce biases that confound results. It is unclear how many users aged 42 were excluded, which could have a large impact on the data collected. The reliance on self-reported data has a potential limitation in accuracy. Given its retrospective nature, there is an inability for a study of this kind to control for exposure. It is difficult to draw a conclusion on how effective Zoom Coach is compared to other methods for weight loss. Other demographical issues such as gender discrepancy (21.6% male vs. 78.4% female) and a dominant asian population for the study group, makes it hard to apply these results to larger, more diverse population. While there were several limitations to this study, it offered more evidence in a new area of research where relatively few studies exist.

More studies in the field of mobile health and behavior modification are needed. Larger, prospective studies would be helpful in providing definitive data to help developers and healthcare professionals understand what aspects of mobile health are useful in behavior modification.  In a disease such as obesity, which requires several different approaches for treatment, adding an additional treatment tool is a much needed resource for the growing epidemic. If there is something in mobile health that can improve behaviors, it needs to be measured through continued research. Mobile health offers the potential to help providers to closely monitor and give feedback to patients in a way that has been constrained in the traditional clinic practice environment. As a provider in an Emergency Department that sees the end stage results of obesity, it is encouraging to see potential solutions coming to fruition from innovations in mobile health. 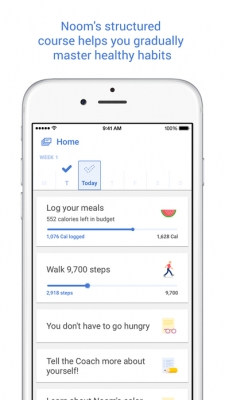 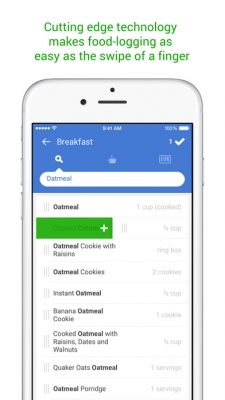