The accelerometers and magnetometers in smartphones have shown promise for many clinical and health tracking applications. The Goniometer Pro app (iOS | Android), was recently put to the test for both reliability and validity on actively measuring wrist range of motion (ROM).

In this study by Pourahmadi et al at the Iran University of Medical Science and Health Services, 120 wrists from 70 asymptomatic subjects were assessed using both the Goniometer Pro app on the iPhone 5 and a stand-alone goniometer. The volar/dorsal alignment technique (flexion, extension, radial deviation, and ulnar deviation) was applied to each subject three times using the app or the goniometer. Analysis of the intraclass correlation coefficient (ICC) showed strong reliability, with intrarater and interrater reliability of = 0.82 and = 0.73 for the stand-alone goniometer, and = 0.83 and = 0.79 for the app on the iPhone, respectively. The Pearson correlation coefficients for validity were = 0.80. 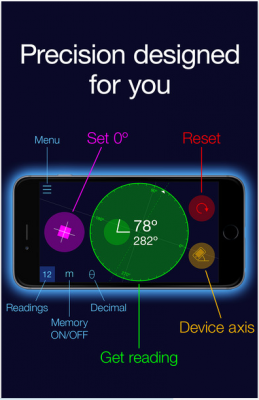 This medical app is free to download, but it’s only a trial version that only lets you take a few measurements for free. The paid version doesn’t seem to provide any additional functional benefit; just the basics of setting the meter to 00 before every measurement and storage space for merely 12 readings. Although this study demonstrates that Goniometer Pro is a reliable medical app that can produce valid readings compared with the readings of the gold standard, the semi-free app with no interactive components (eg, notation, patient information documentation, sharing etc) is somewhat discouraging, especially when there are other similar apps available for little to no cost (eg, GetMyROM iOS, Goniometer Records iOS | Android).

This medical app has also only been tested on the iPhone 5 for measuring wrist ROM, so further testing with other iPhone models, android phones, and ROM for other joint areas is needed to demonstrate that it is a worthy and reliable measurement tool. It should also be noted that, similar to using a stand-alone goniometer, the placement of the device, the pressure applied on the device, and the weight of the device can affect the reliability of the readings. Despite some shortcomings of the Goniometer Pro app, this study has clearly demonstrated that widely accessible and available smartphones are capable of producing valid ROM readings for at least the wrist with the same level of reliability as a goniometer. Other apps measuring ROM should also be studied, perhaps in a comprehensive and comparative study.

Available for iOS and Android 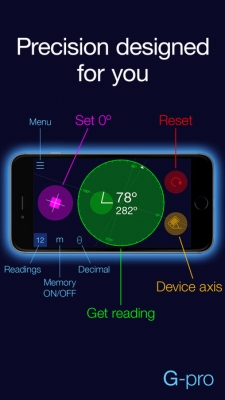 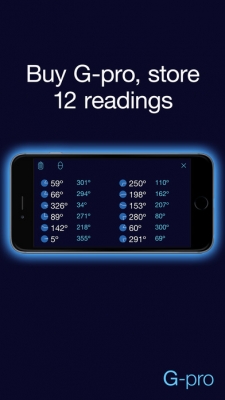