Researchers from the University of Buffalo recently presented a medical app that has the potential to diagnose autism in children as young as two by simply using a smartphone camera to track eye movement. Kun Woo Cho, an undergraduate computer science major and principal author of the study, and her research advisor, Wanyao Xu, recently presented the findings at the IEEE Wireless Health conference.

They showed that a multi-device app which uses photos and eye movement sensors could effectively detect autism. If this sounds familiar, Duke University has a similar app, Autism & Beyond which uses video stimulus and tracks facial movement via smartphones and tablets.

The UB study screened 32 children ages two to 10, half of whom were already diagnosed with autism. Using pictures of social scenes (ones with multiple people), the app monitored their eye movement while looking at the photos. The eye movement of the undiagnosed children was compared with those who were known to have autism. The team of researchers discovered that the children with autism had more erratic patterns when looking at the picture and found that they could accurately detect autism 93.96 percent of the time.

The researchers state in 54 seconds, a child could be diagnosed without any intrusive tests needing to be done. Speed is important for kids with a short attention span. The Duke app, for example, makes users watch a 20 minute video — however, their medical app is a ResearchKit app and being used in a study.

The study included 32 children ranging in age from 2 to 10. Half of the children had been previously diagnosed with autism while the other half did not. The study, while small, is promising and researchers are planning another study with up to 400 subjects. Others in autism care may think that developing a medical app to diagnose autism may be moot.

Dr Judith Brown, head of knowledge and expertise at the National Autistic Society told WIRED that parents should be cautious about using an app such as this without large-scale research — feeling that a medical app that could accurately diagnose autism is extremely unlikely due to the condition being so varied. More importantly, the study has not been peer reviewed and published in a medical journal yet.

Those involved with the study have hope because the mobile technology has potential to cross cultural differences, language boundaries and physical location. As Michelle Hartley-McAndrew, MD, a co-author of the study, stated, “Everyone has a cellphone.” 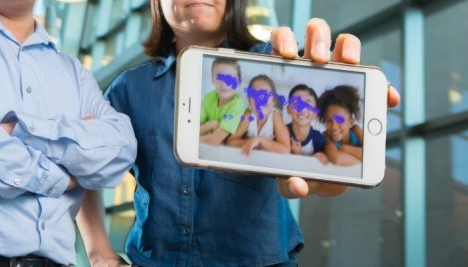