How medical apps are being used in Syrian refugee camps

We’ve all seen the pictures of makeshift tent cities, rubber rafts full to the point of sinking, and sick, hungry children wandering war-torn streets. From European immigration laws to the U.S. election, the Syrian civil war and ensuing refugee crisis have affected the entire world. Now, medical professionals around the globe are helping to expedite diagnosis and care of those afflicted by this international emergency through the use of medical apps.

The Globe and Mail filed a great news report on a doctor in Aleppo who uses medical apps to help care for those in refugee camps. Tucked in one of the rebel-held parts of the Syrian capital, under constant threat of attacks and airstrikes, Dr. Tiem Shamy, a Canadian physician, is one of the only two pediatricians in this besieged city with a population of 300,000. He’s found mobile technology particularly beneficial in an area where resources and manpower are costly and limited.

Dr. Shamy employs an arsenal of apps for his patients, including UpToDate, Nelson and Figure 1.

We reviewed Figure 1 more than 3 years ago and were and remain huge fans. Figure 1, the “Instagram for doctors,” allows any doctor on the social network to view pictures he uploads and consult on diagnosis.  For instance, Shamy treated a patient with an ulcer on his hand, the kind of which he had “never seen” in North America. He uploaded a picture to Figure 1 and almost instantly received comments from other medical professionals. With this feedback, he determined that the patient’s affliction was leishmaniasis, an increasingly common skin infection in bordering regions with large Syrian refugee populations.

Dr. Shamy also uses the medical apps to check the correct dosage for medicine, like an antibiotic for a premature newborn or finding the right course of treatment for a toxic ingestion. 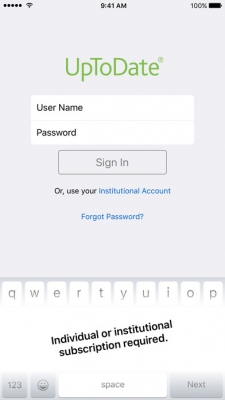 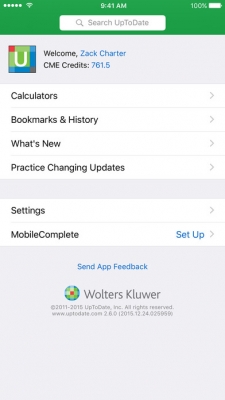 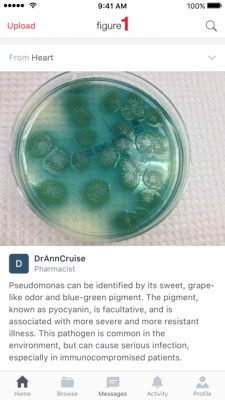