As of 2014, there were over 165,000 health apps available for download in the iOS and Android app stores (duplicates excluded). There are over 500 million people using them—1 in 3 patients seen in primary care. This explosion of health apps has created an entire cottage industry that is projected to pull in over $8 billion by 2018. But few apps for health are evidence based and less than 1% are FDA regulated. A 2016 study by the Commonwealth Fund performed a systematic review of 946 iOS apps and 1,173 Android apps and evaluated them on their merits regarding patient engagement.1 Of the apps that met the reviewers inclusion criteria, only 161 (43%) of iOS apps and 152 (27%) of Android apps were assessed as “possibly useful”, of which 126 apps existed on both platforms. So how do you pick? How do you find the “needle in the haystack?” We will outline our recommended apps via 4 case studies.

A 23 y/o male with insomnia for 6 months presents for evaluation in your clinic. He has been trying diphenhydramine at night, using energy drinks during the day, denies depression, denies snoring, and your physical exam is unremarkable. What would you do? The Choosing Wisely Campaign recommends against the use of hypnotics for chronic insomnia and suggests cognitive behavioral therapy (CBT) first line.2 A recent RCT from New Zealand enrolled 97 individuals with chronic insomnia and randomized them into a sleep hygiene group or a sleep hygiene + simplified sleep restriction (SSR) group.3 At the end of 6 months, the SSR group had a higher treatment response: 67% vs. 41% (NNT=4) compared to the sleep hygiene group. So which apps could you prescribe to replicate this? The National Center for Telemedicine and Technology (T2) based at Joint Base Lewis-McChord, Tacoma, WA makes an app called CBT-i. This app has CBT and SSR built right into it. SSR requires only two office visits and no medications. The app has the ability to collect a patient’s sleep history, tracking of time in bed, sleep efficiency and allows for a sleep prescription of SSR. Another good option for patients with insomnia is Sleepio; an app developed based on CBT for insomnia. A 2012 RCT using Sleepio in 164 patients found that 75% of patients randomized to the sleep app experienced improved sleep, 58% improved concentration, 54% fell asleep faster, and 63% experienced decreased awakenings compared to sleep hygiene alone.4 The app costs $9.99 for one week of access and $69.99 for access to the full 12 week program.

A 29 y/o G2P2 female wants to lose weight after the birth of her second child. She has tried OTC weight loss pills and a juice only diet, but gained back all the weight she initially lost. She has a family history of type 2 diabetes, a BMI of 30, normal thyroid function tests, lipids, and her physical exam is unremarkable. What would you do? A 2015 systematic scoping review of 457 articles and 800 apps for weight loss found that only 28 met inclusion criteria for quality and behavior change principles.5 The authors rated the Noom Weight Loss Coach #1 in their study; MyFitnessPal was #9, but remains the most popular weight loss app in the iOS app store. A 2014 RCT using the Lose It! app demonstrated mild weight loss.6 App users (n = 19) recorded dietary data more consistently compared with the paper-and-pencil group (n = 15; P = .042), but not a group randomized to using a memo app on their phones (n = 13). All groups lost weight over the course of the study (P = .001), and no difference in weight loss was noted between groups. A 2011 review found the app, Spark People, “best” for promoting proper lifestyle changes for weight loss.7 Based on the best available evidence, we recommend providers consider prescribing Noom Coach, Lose It!, Spark People, Fooducate or MyFitnessPal to assist patients with weight loss.

A 45 y/o male presents to your clinic stating he is trying to get back into shape and lose weight. He currently lifts weights at the gym 30 min once weekly and rides a stationary bike for 30 minutes once weekly. He has a family history of HTN, DMII, HLP, a BMI of 29 and an unremarkable physical exam. Baseline labs reveal an A1c of 6.0, HDL 40, LDL 130, and TSH 2.5. What would you do? A 2012 study of 222,497 Australian adults demonstrated a significant association between sitting time and all-cause mortality.8 In fact, even adults who exercised more than 300 minutes per week but still had 11 or more hours of sedentary time experienced excess all-cause mortality! The bottom-line: we all need to stand more and get moving! The current guidelines from the American Heart Association recommend at least 150 minutes of moderate intensity exercise/week or 75 minutes of vigorous exercise/week AND 2 or more strength/resistance sessions/week.9 A 2015 RCT showed significant weight loss of 2.1kg using an app that counted steps.10 Another 2015 review evaluated apps for fitness vs. the American College of Sports Medicine (ACSM) exercise prescription adherence.11 The top two apps in their review were Sworkit and 7 Minute Workout. It is also worth noting that both the Army and Navy have their own physical fitness apps available. What about fitness trackers? Is there any good evidence for them? One review of fitness trackers demonstrated that they increased step counts by 2,500 steps/day, produced a modest weight loss of 0.05 kg/week and reduced blood pressure by 3.8 mmhg.12 However, sustainability in the long term is unclear as 33% stop wearing their tracker within 6 months and 40% by 24 months. Based on the best available evidence, we recommend prescribing Sworkit, 7 Minute Workout and StandUp! for patients trying to get into shape. For those who are motivated to purchase a fitness tracker, we recommend patients use the companion app that pairs with their tracker.

A 27 y/o male with a history of PTSD presents with worsening depression. He stopped taking sertraline 2 months ago, but still takes prazosin for nightmares and sporadically sees his therapist. He denies SI/HI and his PHQ-9 is 14 and his PCL is 62. What would you do? I previously mentioned the T2 app CBTi; T2 makes a large number of mental health apps and have evidence to support a number of them. For example, their Exposure Therapy app was shown to decrease PTSD symptoms and their app Mood Tracker decreases suicidal thoughts.13 14 A 2015 RCT of their app, Virtual Hope Box, decreased suicidal ideation and perceived stress in 120 service veterans at high-risk of self-harm.15 The T2 website has a complete list of their available apps for iOS and Android as well as a bibliography of the evidence supporting their apps. Based on the best available evidence, we would recommend prescribing: Virtual Hope Box, T2 Mood Tracker, PTSD Coach, Tactical Breather, ACT, Prolonged Exposure Coach, and Breath2Relax. 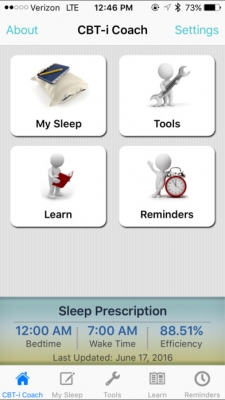 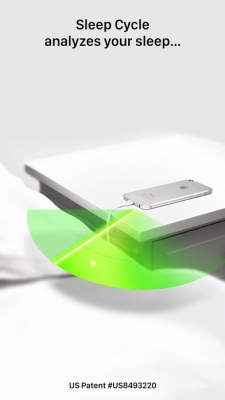 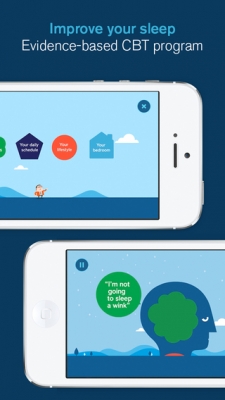 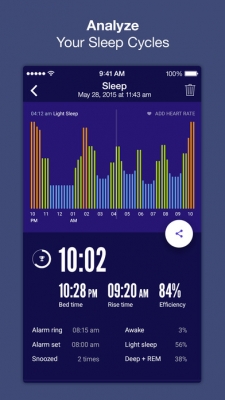