Before Apple announced its newest iPhone, there was speculation about the headphone jack: Will they remove it? What will replace those signature white wired earbuds?

Earlier this fall, Apple let consumers know that, indeed, there is only a lighting connector port on the iPhone 7 and the future of their headphones are white, wireless AirPods. Now, researchers are speculating about the health risks associated with these unbound, Bluetooth-enabled ear pieces.

AirPods use Bluetooth technology, which can be found in everything from your Fitbit to thermometers. But the Apple headphones are in your ear, meaning near your brain and constantly on. Does this present a problem?

In an article titled “Clear Sound, Sleek Styling, and Microwave Radiation” in California Magazine (a publication from UC Berkeley), writer Katia Savchuk provides an in-depth look at this question from medical experts.

She found an array of opinions.

On the side of “Bluetooth is harmful”, is one of the biggest proponents in the country for more testing on the effects of radiation from consumer products — Dr. Joel Moskowitz the director of the Center for Family and Community Health at the School of Public Health at Berkeley. Dr. Moskowitz, who doesn’t own a smartphone and stays as far away from his cellphone as he can, is worried about the microwave radiation Bluetooth produces:

“More than a dozen studies have shown that low-intensity microwave radiation similar to that emitted by Bluetooth can open up the blood-brain barrier, a layer of cells that block pathogens and toxins in the body from reaching the brain. That could lead to conditions such as autism, dementia, and brain cancer, Moskowitz says.”

Wireless experts John Mulder and Kenneth Foster, who both received funding from Wi-Fi Alliance and the Mobile Manufacturers Forum for their research, believe that with the amount of exposure from AirPods, there is minimal risk to the wearer. The FDA agrees with them and states on their website, “”If there is a risk from being exposed to radio-frequency energy from cell phones—and at this point we do not know that there is—it is probably very small.”

In general, the Berkeley magazine article is an interesting read as there are several reputable academics who do cite concerns about the amount of low intensity microwave radiation that is emitted by Bluetooth — although they are in the minority. 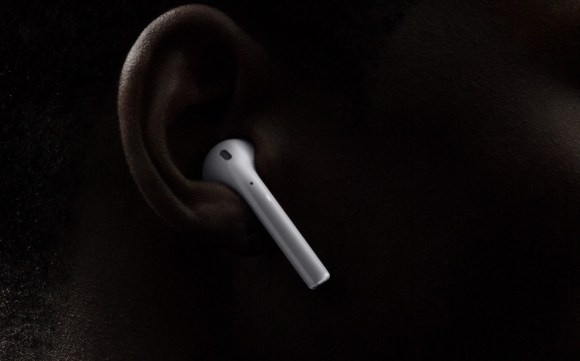