As many know, the iPhone 7 has a new solid state home button that functions more similar to a touchscreen than a button. There is no longer a “press” when you touch the button. Rather, Apple’s new Taptic engine delivers a “tap” response when you touch the home button, giving the impression that you “clicked” it. This took some getting used to, but I personally like it more than the traditional button that you press.

The new solid state home button does create issues though. There have been several reports of the button not working with gloves. This made me wonder if there would be issues using the iPhone in the medical setting.

There are several medical apps that physicians can use at the bedside with patients, and often times we are using gloves when using these apps with patients. These range from Optokinetic Drum apps to medical apps that help us risk stratify a chest pain patient or determine whether or not a patient needs to be on daily aspirin therapy. These medical apps are best used at a patient’s bedside since they require direct interaction with a patient.

There is good and bad news to report on using the iPhone 7 with medical gloves.

For non-sterile gloves there seem to be no issues. I used the Flexal Nitrile Powder-free exam gloves and had no issues with activating the solid state home button: 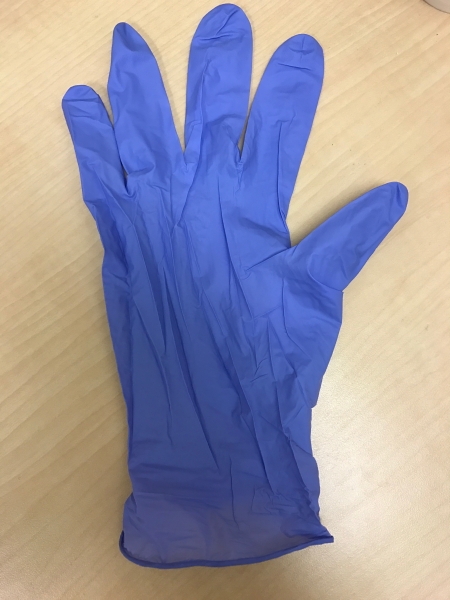 The bad news — for sterile gloves, I could not activate the solid state home button: 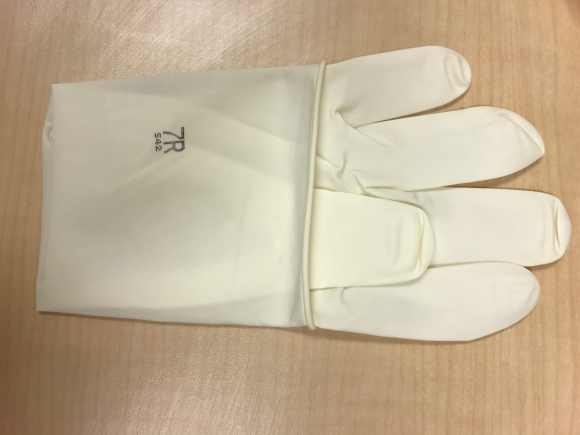 I suspect the thickness of the sterile gloves was why the solid state home button didn’t activate when tapped.

Overall no big deal right? You shouldn’t be using your iPhone with sterile gloves anyways, and you can use most point of care apps at bedside with a patient without needing a glove in the first place.

But that misses the larger issue:

The solid state home button is a huge hit to using iOS devices in the medical setting. This makes sterile cases useless in the medical setting. Naturally, Apple will move the solid state button to their iPad — which will be a huge blow to companies that are using the iPad in the medical setting with sterile cases. There are several companies and hospitals that use iPads in the hospital setting to help facilitate patient care.  My own hospital uses a medical translating company that uses iPads for video translation.  The iPad is in a case that can be sterilized, covering the entire iPad, including the home button.

With the solid state home button — you can’t encase an iPad effectively to keep it sterile and still use the device. With iOS 10 you can only access the home screen through the home button (prior iOS versions enabled you to use the lock button to access the home screen). I’m hoping a company is able to figure out a way to make sterile cases that will accommodate the new home screen, but at this time they don’t exist.  Even if they do, it will be a huge hassle for companies and hospitals when the iPad eventually gets the same home button.