Tools for self-management of a variety of medical conditions exist, but few have tackled the litany of challenges patients with spina bifida face. Recently profiled in the Association of American Physiatrists (AAP) Physiatry Forward is a study on a spina bifida app, which offers a suite of self-management tools & is linked to a physician portal, to facilitate improving health amongst this patient population. 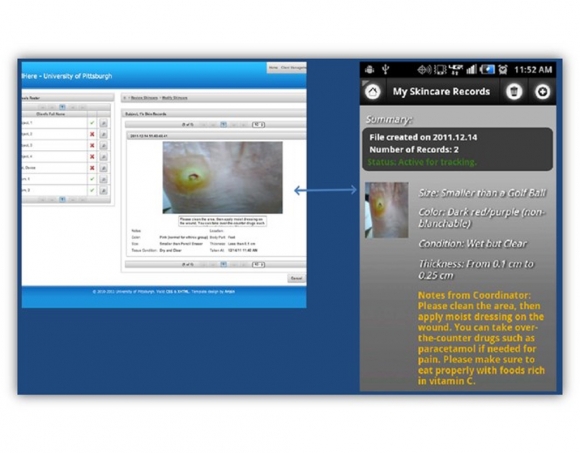 In this randomized controlled trial a custom mobile health system (iMHere) was utilized on Android, with both medical and psychosocial outcomes measured, and a goal of establishing feasibility of such a system, while receiving standard care (n=13). Control patients (n=10) with spinal bifida did not utilize the app, but still received standard care during the study.

In an interview, Brad Dicianno, MD, a physiatrist and one of the authors of the paper discussed how his interest in developing a spina bifida app stems from a desire to address preventable medication conditions through better self-management skills. That the patient population was particularly tech savvy made medical apps a desirable choice. Two specific problems are addressed, urinary tract infections and pressure ulcers, with specific apps within the modules for each. Reminders for daily bladder management, skin evaluations, and a messaging to clinicians about symptoms were included within the program. The ability to upload images of wounds to physicians was also available.

Patients using the system over one year were noted to successfully utilize the apps in the mobile health program, with improvements in self-management scores. Some patients reportedly found the smartphone system so helpful that several who had previously not utilized smartphones actually purchased their own phones for use after completing the study.

Some features, such as wound photo uploading (average of 8.6 photos over 1 year, total of 112 photos during study, 0.7 photos/month), were noted to be surprisingly over-used by patients (specifically for minor skin issues that did not require treatment). Also, patients did have a more difficult time adhering to reminders that were more frequent than once daily. Finally, it was noted that the use of the reminders did not decrease the number of events requiring medical attention.

Further plans for improved patient educational information and even gamification features for children are reportedly in the works. A complete interview podcast with Dr. Dicianno is available online as well. Given the pilot-study nature of this project, further research needs to be done, but these results are certainly encouraging and should provide a springboard for further development of similar mobile health systems for patients and clinicians. Dr. Dicianno has reportedly planned further expansions to the existing iMHere system as well as addressing other chronic medical conditions, including traumatic brain injury.

To learn more, check out this video on iMHere or visit their website.