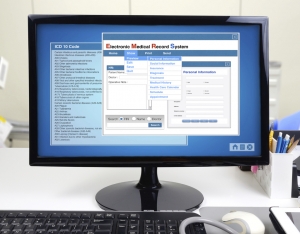 It was announced last week that several major electronic health record (EHR) vendors including Epic, Cerner, Allscripts, & Dr. Chrono will pilot an API that will let patients share their health data for the purposes of medical research.

The Sync for Science project was one of many announced last week as part of the Precision Medicine Initiative, a $200 million dollar initiative broadly aimed at personalizing medical care. Last week, we discussed the NIH grant awarded to Vanderbilt & Verily, Alphabet’s (Google’s parent company) life science division, to establish a pilot Precision Medicine cohort of over 50,000 patients to help lay the groundwork for a planned 1 million patient cohort. Ultimately, the vision is to have this cohort of patients sharing detailed health data including from connected health devices, wearables, and apps.

A lot of our health data though is stored in EHRs like Epic and Allscripts as well as those used by companies like LabCorp and Quest. Capturing that data is also high on the priority list. The Sync for Science pilot could go a big way in helping make that happen. According to the White House announcement,

Allscripts, athenahealth, Cerner, drchrono, Epic and Mckesson, in 2016 will pilot use of open, standardized APIs and other methods to give individuals the ability to contribute their data to research, including for the Precision Medicine Initiative Cohort, when it is launched. These “Sync for Science” pilots will demonstrate a new model of patient-enabled research, leveraging industry-led progress to give patients access to their own electronic health records through APIs, and breaking down the research data silos that too often slow scientific progress.

This could be an incredible opportunity to break down the silos that have arbitrarily separated health data based on nothing more than which vendor some hospital administrator decided to sign on with. As many clinicians can attest, it’s incredibly frustrating and mind boggling when you can’t see what happened to your patient at a hospital down the street because they use a different EHR.

In some states, this situation has improved with the launch of data exchanges. For example, Maryland has a program called CRISP that provides a one-stop shop for access to data pulled in from various health systems. However, it can be quite variable what data is pulled from a hospital or health system; it also tends to have mostly inpatient data. Epic’s dominance has also led to the creation of Epic data exchanges that allow a clinician at one Epic hospital to access a patient’s record at another Epic hospital. While useful, I doubt anyone would tout that as an effective long term solution to ensuring adequate access to health information.

Outside of the Precision Medicine cohort, it could also add a whole new layer of information and a great deal more power to the growing wave of digital cohort studies & trials, such as the numerous ResearchKit studies or UCSF’s Health eHeart study. It could also be a way to accelerate data exchange for clinical use down the road though that isn’t the stated goal.

While the aim is ambitious, we’ll have to wait and see how it’s executed. It will certainly take some political will to overcome the secretive, closed nature of some EHR vendors though hopefully the force of a major federal initiative will have enough energy to knock down those walls.