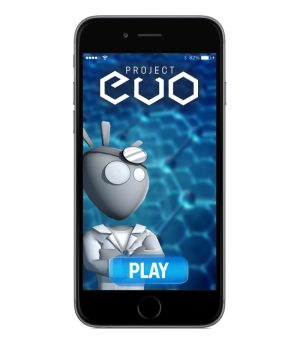 The use of games to treat medical conditions, the gamification of health as some have described it, has been gaining a lot of momentum. The latest sign of that is the announcement that Akili, a pioneer in this space, raised over $30 million in new equity investments.

Akili has focused on using games to treat a variety of cognitive disorders, including pediatric ADHD. we’ve seen other examples recently like an app from the Red Cross to help kids learn how to prepare for & deal with emergencies.

We covered Akili’s key game, Project: EVO in 2014, when Akili and Pfizer had announced plans to start clinical trials on utilizing it to detect early signs of Alzheimer’s Dementia. Since then, the game has been tested in a pilot study on pediatric ADHD. The exact data from this study has been difficult to obtain, as it was presented at the American Academy of Child and Adolescent Psychiatry’s 62nd annual meeting but is not readily available online. The available information on the pilot study reports improvements in attention and working memory. That study included 80 children between 8-12 years old, 40 of whom had been diagnosed with ADHD. Both groups utilized the mobile game Project: EVO on a tablet 30 minutes a day, 5 days a week over 4 weeks.

Amongst the ADHD group, statistically significant improvements were seen in attention scores and not in the control group, although it is not clear why the control group was made up of children without ADHD diagnosis. They also assessed the feasibility of the intervention and found fairly impressive adherence rates (81%) to the prescribed daily activity. However, a closer inspection of the methods and results is difficult as the company appears to only have published press releases and conducted interviews rather than publishing the paper directly. The trial, labeled Cognitive ADHD Videogame Exploratory Study (CAVES) (also referred to as the Akili-001 study), will hopefully be published online soon.6

A prior game by Akili had previously been featured in the journal Nature, with reported improvements in older adults on working memory and attention (Neuroracer, a game not publically available currently). Akili is also studying this intervention amongst patients with autism spectrum disorder, Alzheimer’s disease, TBI, and depression. They’ve partnered with a variety of organizations and healthcare companies including Autism Speaks and PureTech Health with their ongoing studies.

Are video games ready to role out as mainstays of therapy? We have covered smaller studies investigating the role of the gamification for a variety of conditions, including concussion in adolescents, with positive results. The pilot study noted above for Project: EVO is encouraging as well, but the exact methodology and data remains to be published. Furthermore, large studies and meta-analysis on the topic are currently limited. A Cochrane Review has noted benefit in stroke rehabilitation on upper limb function, but not enough data to analyze when used to treat PTSD or other serious mental illnesses. A key area such games will have to consistently demonstrate is actual improvements in clinically important measurements and not in-game scores that may not translate out of the app.

It’s certainly an area with potential for great benefit amongst many populations and it’s exciting to see a body of evidence starting to build to support it although much work remains to be done.