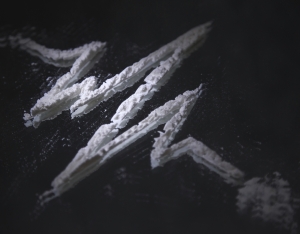 The need to ramp up efforts nationally to combat substance abuse has finally gotten the attention of national policy makers on both sides of the aisle. In addition to “more,” we also need better tools to identify patients with substance abuse and help them manage what in many ways is a lifelong, chronic health issue.

We’ve seen a number of studies over the past several years that use mobile technology to improve substance abuse management, whether an app that detects when a recovering alcoholic patient is near a bar, use of apps for substance abuse screening, or text-messaging platforms for crisis intervention. In this study, a team of researchers looked at whether continuously monitoring the heart rate of recovering drug users in a methadone program could help detect relapse sooner.

They used a suite of biosensors called AutoSense, a program that is part of the Genes, Environment, and Health initiative at the NIH. According to the project site, “AutoSense is an unobtrusively wearable wireless sensor system for continuous assessment of personal exposures to addictive substances and psychosocial stress as experienced by human participants in their natural environments.”

Autosense includes wearable sensors that can collect a range of data including a 2-lead ECG, respiration, skin temperature, ambient temperature, alcohol sensor, and activity data using a 3-axis accelerometer. Data is collected by a paired smartphone and the system can run for an impressive 10 days on a single charge.

In this study, 40 polydrug users used AutoSense for 4 weeks while reporting drug use, mood, and activities in an e-diary. Contrary to what I would have suspected the first challenge to be, compliance was actually impressive – 86% over the course of the study.

There do remain several challenges to overcome. For one, they will need to go from detecting this “between groups” difference to a “within subject” difference. In other words, it’s a different, and potentially more complicated task, to develop an algorithm that can still detect a meaningful change while accounting for the variability between people in resting heart rate, heart rate variability, rhythm variability, and so on.

As they note, some of AutoSense’s other onboard sensors could help. For example, the accelerometer could help filter out activity-based changes in heart rate. They could also use interactive messaging, as they did with the e-diaries here, to automate an initial check-in if a potential relapse is detected.

The next step, according to the researchers, is to further develop a relapse-detection algorithm with a paired intervention for testing in a clinical trial.