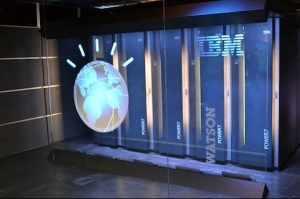 Under Armour (UA) has announced a new partnership with IBM’s Watson Health to add a personalized health coaching tool to its health tracking app. This Cognitive Coaching System will apply the data from over 150 million users of UA apps, medical research, and personalized “comparative effectiveness” analysis to support health and fitness.

Through their partnership with Watson Health, they’ll also begin offering a personalized health coach through Under Armour’s own app UA Record. Watson will crunch the data being fed into the system by the 150 million users of UA’s fitness apps to help provide personalized feedback on things like activity and sleep. It will also incorporate information from academic research studies and Watson’s similarity analytics, which facilitates answering comparative effectiveness questions.

One of the other really exciting capabilities that IBM Watson will add is food intake tracking through visual recognition technology. Reportedly, the app will help users track food intake by letting them just take a picture of their plate and automatically identifying what they ate. Other apps have shown that can work in pilot studies. If that works well, it could prove to be an incredibly useful tool for helping support weight loss. We’ve seen some other promising applications of Watson’s visual recognition capabilities, like using Watson to read radiology images.

In addition, they’ve announced a new line of connected health products. Under Armour’s line of connected fitness products are collected into the UA HealthBox. The HealthBox will include a bluetooth enabled scale, heart rate monitor, and smart wristband for activity and sleep tracking. The devices were all developed by HTC, better known for its Android smartphones. All together, these devices will retail for $400. They also announced the launch of a shoe that will come with a chip to track pace, stride, and distance. 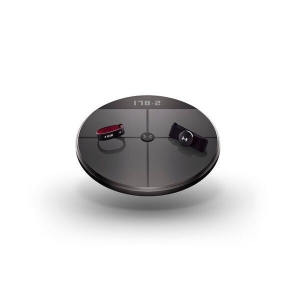 The devices will all be connected to Under Armour’s connected fitness ecosystem, which got a lot bigger over the past year or so with their acquisitions of, among others, MyFitnessPal and MapMyFitness. All together, Under Armour now boasts over 150 million users across all of these platforms.

Personally, the launch of a line of connected health devices that do the same thing as a lot of other connected devices already available isn’t all that exciting. And realistically, that price point is out of the reach of many of my patients anyways. What is interesting though is that Under Armour seems set on leveraging this enormous wealth of health data that it has built to try to provide more personalized, practical, and evidence-based information.

It will also be an interesting opportunity to prospectively look at the impact these tools have. There are certainly now tools that can do both across iOS and Android using ResearchKit and (soon) ResearchStack. Currently, this Cognitive Coach is slated for the UA Record app which is just a small subset of the total user base; even more await on, for example, MyFitnessPal. While the tool is exciting and interesting, translating it into meaningful impacts will take thoughtful and iterative evaluation. If UA can do that, it may finally take the world of connected fitness from a novelty that often leaves activity trackers buried in sock drawers to a transformative tool that helps people lead healthier lives.