Telemedicine and EHR apps are pulling data from Apple Health

In less than two years, that potential has turned into reality. We’ve seen a rapid succession of medical apps used by physicians that are now pulling patient data from the Apple Health app. These apps fall into two categories: Telemedicine apps and Electronic Health Record Apps 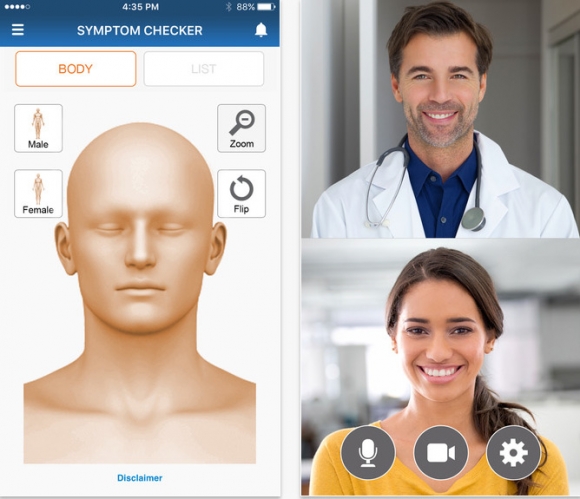 Epic is the most important Electronic Health Record company right now since it covers a majority of the US patient population. Their MyChart app is for patients, and the health app enables patients to see clinic visits, communicate with their physicians, and if the feature is enabled — syncing with Apple Health. If the syncing functionality is enabled, a patient’s physician can see their metrics on the physician facing side of the EMR.

While Epic is the most important electronic health record due to its size, the most innovative is Canopy, utilized by Carolinas HealthCare System. Their MyCarolinas Tracker app is the first hospital patient app that integrates all wearables.  Not only does their patient facing health app utilize data from the Apple Health App, but it connects directly with almost any type of wearable you can think of.  Even though Fitbit doesn’t want to integrate with Apple Health, the MyCarolinas Tracker app still can still sync Fitbit data since it connects directly with the wearable — something the Epic MyChart app can’t do.  Since the MyCarolinas Tracker app wasn’t made by a hospital or company located in New York or near San Francisco, no one has seemed to notice or care. 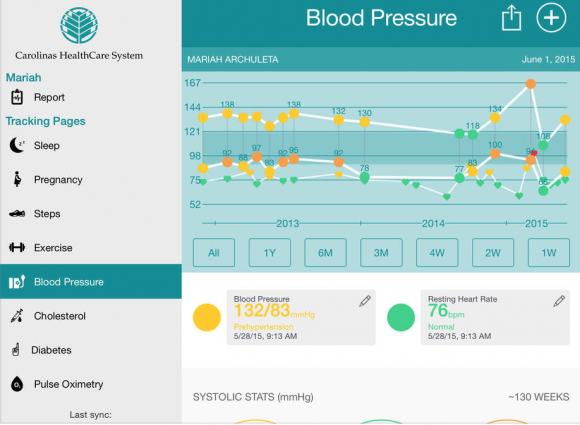 While it’s great to see more apps pulling data from Apple Health for physicians to consume, the elephant in the room is data overload. Physicians are already stressed for time and spend a majority of time on paperwork and writing notes. Having pages of a patient’s health metrics dumped on them doesn’t help them with their workflows or help them in caring for their patients. Rather, the next step will be figuring out how to smartly synthesize the health metric data into a reasonable form.