Stanford HealthCare has launched an Android version of its MyHealth app for patients that, with its recently updated iOS cousin, offers one of the most comprehensive suites of services in any app from a healthcare institution, covering everything from virtual visits to paying their bills.

Many hospitals and health systems have their own apps but they’ve generally found limited success. A recent report from Accenture estimated that as few as 2% of the patients of those institutions actually use these homegrown apps, pointing to a mismatch between the features offered by those apps and the ones demanded by patients.

The same is true for apps from EHR companies like Epic’s MyChart. While MyChart does offer a lot of functionality like bill pay, it’s sort of like buying a new house – everything is an upgrade and it costs more than you’d think. And it becomes much more complicated at hospitals using non-Epic software for some of these back office operations. Former Stanford HealthCare President & CEO Amir Dan Rubin highlighted those shortcomings last year when MyHealth was first released saying, “After carefully evaluating all of the available mobile technologies, we recognized that to meet the needs and expectations of our patients we had to develop our own solution that worked seamlessly with our existing electronic health record system.” 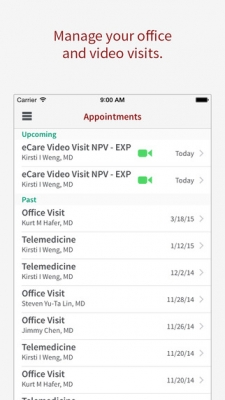 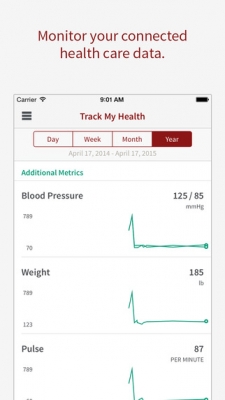 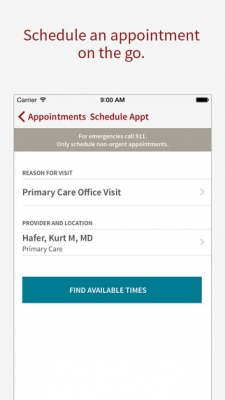 The functionality offered covers a lot of territory including appointment scheduling, bill pay, virtual visits, secure messaging, and access to medical records. The iOS version is also integrated with HealthKit, allowing patients to track and share data captured by the ever growing universe of HealthKit compatible consumer health devices. Through a third party service, patients can also sign up for a personal health coach who will review that data and help them work on lifestyle changes.

And while being able to develop a homegrown app like MyHealth is probably the best way to address the unique needs of your own institution, Stanford is among the few uniquely positioned healthcare institutions that could pull this off thanks to an early-adopter mentality with health technology. They were among the first to pilot HealthKit integration with MyChart, launch a ResearchKit study for cardiovascular disease, and were an early collaborator in Google’s Baseline Study. Location certainly doesn’t hurt either, both from the perspective of the talent pool available and the demands of what is surely a more tech-savvy patient demographic.

That said, offering this kind of accessibility and service is going to shift quickly from a luxury afforded to patients near tech-inclined centers to a necessity demanded by patients at most healthcare institutions. Solutions offered by third parties that can be implemented by healthcare institutions for their patients, whether its Epic’s MyChart or ZocDoc or Teladoc, are unlikely to offer a comprehensive one-stop-shop like MyHealth does for Stanford patients. But building that takes a lot of resources not to mention having to figure out how to deal with other IT systems that don’t necessarily play well with others.

Without a doubt, this is a topic being debated at a lot of healthcare institutions across the country.