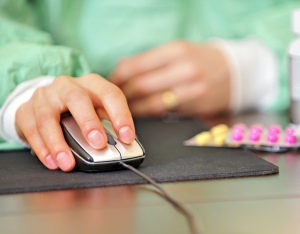 A new study from Scripps Health testing the impact of giving patients connected medical devices to manage their health has reported disappointing results.

The study involved giving a group of patients with some combination of hypertension, diabetes, and arrhythmia either a Withings Blood Pressure monitor, IBGStar glucometer, or AliveCor Mobile ECG. They were given guidelines for health tracking and access to a health portal where they could review the data. The only other support was from a nurse that would check in if they weren’t sticking to the schedule.

They looked at health care utilization as a primary outcome for this study using healthcare claims data. They compared utilization during the six month study to the six months prior to the start of the study.

They had great study completion, with 130 patients completing the enrollment and conclusion visits.

They found no difference between the two groups in overall health utilization, whether measured by dollar expenditures, office visits, ED visits, and hospitalization days. Among hypertensive & diabetic patients, they didn’t observe any significant reductions in blood pressure or A1c between the intervention and control group either.

There were some important limitations to the study. First, the patients who completed the study weren’t exactly highly adherent to the recommended monitoring regimens. About 2/3 of patients were assessed as compliant for at least 1/3 of the 24 weeks of the study.

More importantly though, action on the data being captured was left entirely to the patient. There was no direct feeding of the data to their physicians or feedback loop to act on the data being captured. So if someone had high blood pressure, it was on them to connect with their care team to act on it. To be fair, this does mirror more closely what happens when a patient buys any one of these devices – they get the data and have to share it with their physician. Feeding of that data directly to the physician isn’t widespread and there are certainly some issues to sort out there before it does become widespread.

With those considerations, the findings of this study aren’t terribly surprising. If you’re trying to reduce utilization, then the best opportunity for impact is probably in the moderate to high consumers of care. And typically factors like disease complexity, poor therapy adherence, and inadequate access to care that are at play for these patients need a multi-pronged approach to address all of these issues.

Bottom line, it shouldn’t be that surprising that these devices in isolation didn’t make a big difference. Interventions that make an impact will include not only data collection but strategies for acting on that data on an ongoing basis.