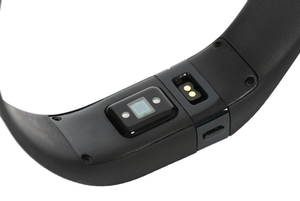 Consumers in California, Colorado, and Wisconsin have filed a class action lawsuit challenging Fitbit accuracy in heart rate tracking, in particular by the Charge HR.

Wearables have gotten a lot of attention for their potential use in healthcare. Consumer devices like those from Fitbit and Jawbone claim to track many different physiologic metrics like activity, sleep, heart rate, and energy expenditure just to name a few.

The lawsuit was brought on behalf of three consumers by a national law firm with deep experience in class action lawsuits. They argue that the Fitbit Charge HR is inaccurate, based both on anecdotal experience and testing by an unnamed cardiologist using some unspecified protocol and gold standard (not exactly a well designed peer-reviewed study).

And the details of this lawsuit highlight some of the key issues surrounding the use of wearables in medicine, offering cautionary lessons for clinicians & developers alike.

As much as we talk about using activity trackers & other wearables in medicine, there’s one factor that’s often forgotten: the companies that make these devices go to great lengths, though generally in the fine print, to make it clear these aren’t medical devices. To avoid FDA oversight, they go to pains to specify the intended use as promoting general health and wellness. There are some notable exceptions like the Google band under development. The actual utility for specific medical conditions are left for consumers to infer from the subtext of product marketing. And that’s clearly part of the argument being made in this lawsuit as shown by these two excerpts from the complaint,

Fitbit’s representation is repeated in and echoed throughout its advertising of the PurePulse Trackers, which employs such descriptive slogans as “Every Beat Counts” and “Know Your Heart.”

Not only are accurate heart readings important for all of those engaging in fitness, they are critical to the health and well-being of those Class members whose medical conditions require them to maintain (or not to exceed) a certain heart rate.

In fact, the specific injuries being claimed by the folks suing Fitbit all center on the assertion that inaccurate heart rate measurements during intense exercise put them all at risk. For one, the argument is that the Charge HR reported a heart rate of 92 when in fact it was 160 and that she “was approaching the maximum recommended heart rate for her age, and if she had continued to rely on her inaccurate PurePulse Tracker, she may well have exceeded it, thereby jeopardizing her health and safety.” Another plaintiff argues that, due to a family history of heart disease, their doctor had set a heart rate limit during exercise and the inaccurate heart rate measurements similarly put this individual at risk.

Whether the arguments hold up or not, I’ll leave to the cadre of lawyers now passing letters & court filings amongst themselves (and probably billing big bucks every hour they do it). Putting aside whether these arguments are medically or legally valid, they highlight one key point. These individuals are arguing that they were using the Fitbit as a medical device based on the way it was marketed. And they are willing to sue, whatever the motivation here, over inaccurate measurements.

For physicians and other healthcare professionals, there are a few takeaways here. First, I can’t help but wonder about risks when recommending specific, unvalidated devices. For many typical uses focused on general health, like getting someone to exercise more, precision is probably more important than accuracy – what I care about is whether my patient is moving more (and burning more calories) than they were before. But this should serve as yet another reminder that if you’re recommending devices for specific health conditions, whether diagnosis or management, it would be prudent to stick to validated devices that at least have solid evidence behind them or, preferably, have an FDA clearance for that use.

And it certainly makes me more eager to see more validation of wearables and for the makers of those devices to actually engage in, and support, that process.