In the app Bard VR, Bard Peripheral Vascular invites you to step into their virtual operating room and get acquainted with their new product, Lutonix DCB. Lutonix DCB is a drug-coated balloon catheter that delivers paclitaxel, an anti-proliferative drug, into the arterial wall in a single, short inflation.  It has undergone successful clinical trials and is currently on the market and used to prevent arterial restenosis.

It’s commonplace for researchers and educators to use apps for visual animations — there was once even an orthopedic surgery app called Hallux Angles that used augmented reality to calculate key orthopedic measurements (no longer in the App Store).

However, the virtual app Bard VR with its virtual surgical procedure is an innovative marketing tool that seems to be in a class of its own. Users get a chance to enter into a virtual operating room, shrink to microscopic level and get a firsthand view of Lutonix, the surgical procedure and how it works. 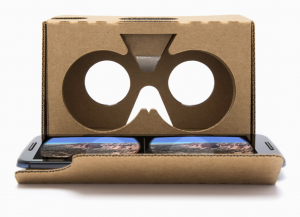 Earlier in the year Dr. Chan, one of our editors, wrote how Google Cardboard could be utilized in medicine — and this app is a great example.

Depending on the version of Google Cardboard used, users employ either a magnet or a lever to touch the screen and interact with the app. Google Cardboard is the key to opening up this virtual reality app.

This new app is an interesting way for Bard PV to get the word out about their product.  With the Bard VR app being fresh and offering a different type of experience it will be interesting to see if the marketing technique pays off.

Some apps are designed to be informative and fun while others focus solely on providing information. The Bard VR app seems to do both and attempts to give users the best of both worlds.  With the number of apps and competition steadily growing in the market, companies will have to continue to find ways to make more innovative products. 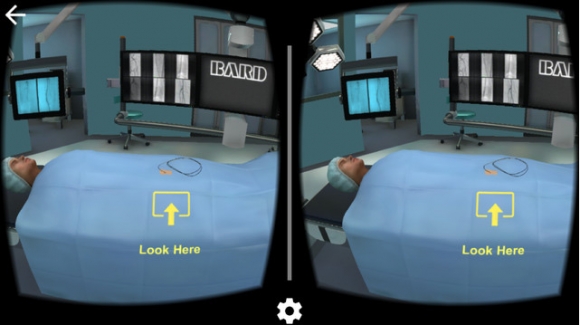