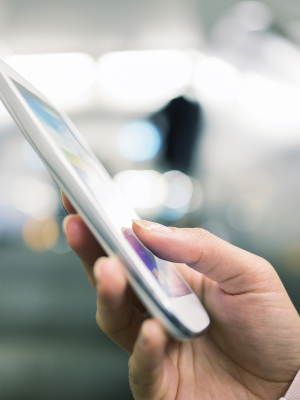 In a recent study, researchers at Michigan State University evaluated using text messages to help patients self manage their cancer treatment when they were prescribed oral anti-cancer agents. In addition to attempting to prove the concept, researchers assessed the effect of the intervention on symptoms and medication adherence.

The study is a response to a growing number of people receiving outpatient cancer treatment with oral anti-cancer agents. Use of oral anticancer agents raises a number of challenges for patients and health professionals including “prolonged treatment period, management of toxicity, treatment adherence, reimbursement conditions and patient and family education” according to one 2011 study. In particular adherence to oral anticancer drugs appears to range widely from 16% to 100%.

Text messaging represents one of the more widely used, and least complex features of mobile devices and this approach does not require a smartphone. Although 64% of Americans own smartphones, 90% own cell phones, so text messaging interventions are likely to reach a broader group of patients of various socioeconomic statuses.

In this current study, the researchers sampled 80 adults with cancer. The intervention group
(n= 40) received daily texts related to medication adherence for 10 weeks, a weekly check on symptoms including reminders about symptom management tools, and a final satisfaction survey to determine what patients thought about the intervention. The non-intervention group received no text intervention.

The mean age of participants was nearly 60 years old (58.5 years old), with over half being female (n=48), and more than half being Caucasian based on self-report (n=48).

Overall, the researchers found the results promising, but thought more research was needed in order to incorporate this intervention into current oncology practice. Indeed, more studies of this nature with larger and diverse patient populations will help oncologists determine if texting, or some other tool, can aid patients in self-managing their cancer with oral anti-cancer treatment.