With the launch of MyCarolinas Tracker, the Carolina HealthCare System has quietly produced the the first prototypical fitness tracker and electronic health record (EHR) integration app — and even though the app has been available for a few months, few seem to realize the significance.

Last year I wrote how Apple’s partnership with Epic Systems to link patient data from HealthKit was a huge deal. Epic Systems now covers more than 50% of the patient population in the United States, and is the most popular hospital EHR vendor. Stanford, which uses the EPIC EHR, has already been integrating HealthKit data into their EHR for a few months now in their Stanford MyHealth app. Other hospitals have followed suit as well. While it’s definitely “cool” to be able to integrate HealthKit data into a patient’s electronic health record — we’ve written before on how you miss a huge patient population that is on Android or doesn’t know how to utilize Healthkit. Further, the most popular wearable, Fitbit, doesn’t even integrate with HealthKit. 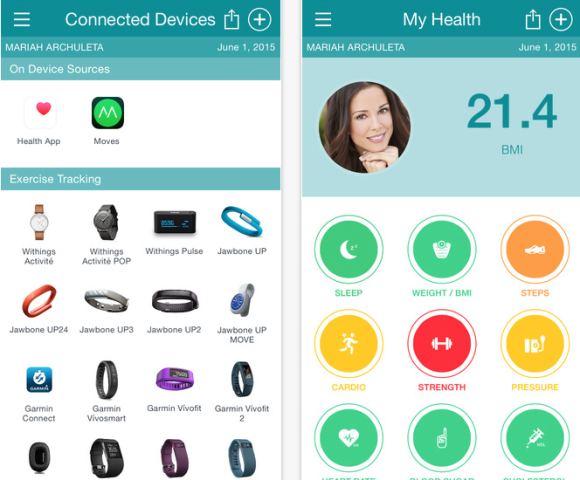 The MyCarolinas Tracker app from Carolina HealthCare System goes beyond having to rely on Apple or Google to be the intermediary. Their tracker app has direct integration with more than 25 health trackers, 3 pulse oximeters, and 7 bluetooth blood pressure cuffs. If you don’t want to connect directly with all of these wearables, you can still use the Apple Health app as the intermediary. Even better, you can integrate with the Moves health app — a platform that works on Android and iOS devices and connects with various health devices. Connectivity is just one part of the app. You can also set health goals in the app along with getting summaries of your health metrics over time.

All of this information can then be viewed by your physician in their electronic health record. Carolinas HealthCare System utilizes Canopy as their electronic health record. I find it shocking that Epic isn’t the EMR to have done this first. With the hundreds of millions spent by Hospital systems on Epic you would think the tight connectivity that Carolinas HealthCare System has been able to execute would be something Epic would have done a long time ago.

Why does all of this matter?

For wearables and health trackers to clinically matter — they have to integrate with the physician facing electronic heath record.

While there are boutique electronic health records that provide this type of functionality — the MyCarolina Tracker app covers millions of patients — giving it the chance to actually make a public health impact.

I’m certain if an app like this was created at a hospital in Silicon Valley or New York it would be getting all types of buzz. The MyCarolina Tracker app has the potential to do something no health app has yet — actually take data from wearables and make it clinically relevant for millions of patients and their physicians. 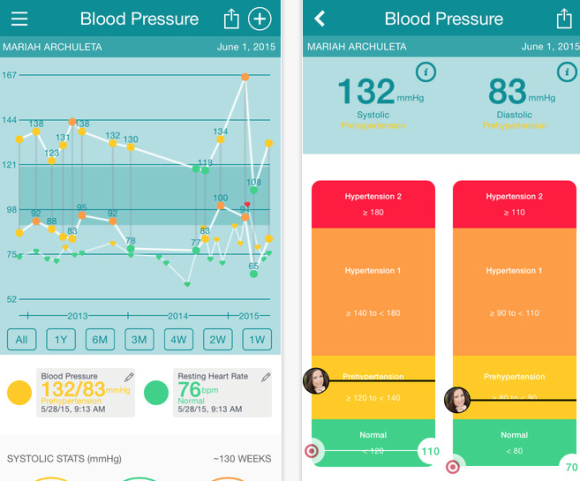