A comprehensive review of disaster medicine apps has identified several top choices for clinicians and patients to consider. Out of 219 relevant entries in the field gleaned from a search of the ITunes Store, Daniel J. Bachmann, MD, from the Department of Emergency Medicine, Ohio State University Wexner Medical Center, and colleagues ranked the Community Emergency Response Teams and Federal Emergency Management Agency (FEMA) as the best apps to meet the needs of National Disaster Medical System responders.

The investigators also ranked several apps from the Centers for Disease Control and Prevention for a variety of fields among their top choices. To meet the needs of HazMat responders, Bachmann et al drew attention to the National Library of Medicine’s Wireless Information System for Emergency Responder or WISER app (reviewed on iMedicalApps prior). On the other hand, they picked the American Red Cross as the group with the most useful applications for natural disasters.

The FEMA mobile app includes an interactive emergency kit list, emergency meeting locations that can be stored, and a map of open shelters. It even provides a feature that lets users create global positioning system photo reports that can be inserted in a map for others to see. CDC offers CDC Influenza (reviewed on iMedicalApps prior), an app that lets clinicians tap into the federal agency’s most recent recommendations and flu updates. The app also offers information on diagnosis and treatment, including antivirals. The researchers also included a app called CDC Blast Injury in its list of top choices.

While reviewing the available apps in all these specialties, Bachmann and his associates point out that mobile apps come and go, explaining that “In a single week, several new apps will appear and disappear from the iTunes store.”

A nice study that looks at essential apps for Emergency Preparedness and those responding to Disasters. The FEMA app is a must have, along with the WISER app and the suite of American Red Cross apps. 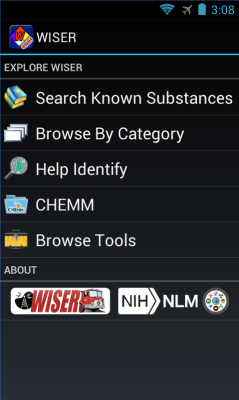