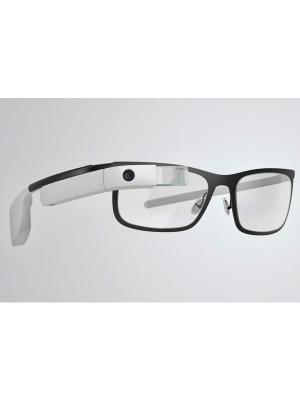 This isn’t the first time that Google Glass has been tested in the catheterization lab. A group from the University of Arkansas described use of the wearable for intra-procedural expert support during a PFO closure.

There were a total of 17 abnormal findings on the angiograms used; each finding got one point:

There were several important limitations to this study. First, when asked about perceptions on the quality of recordings, the majority (60%) were “somewhat satisfied.” Additionally, the study was small with very few practicing interventional cardiologists. Even more concerning, the biggest problems with interpretation of Google Glass recordings, on either an iPad or desktop, was left main lesions or coronary perforations.

Overall, the use of Google Glass for this purpose seems like an attempt to shoehorn a technology into a perceived need. Here, the data – angiogram images – are usually viewable in other ways, such as web viewers. There are other contexts, however, where it could be useful. For example, it would be a lot less straightforward to get an intra-procedural consult if you need to multiple types of data like echo images in addition to angiograms or the access site. There are also interesting applications for education and training in a variety of procedural and surgical fields.