Pressure ulcers (PU) remain a major concern for hospitals worldwide. In the United States alone, about $11 billion is spent annually for the treatment and extended hospital stays required to manage this problem. Traditionally clinicians have tried to prevent these sores by regularly changing the position of immobilized patients in bed, but even the most vigilant healthcare teams have trouble preventing these potentially life-threatening ulcers.

Several recent studies have been conducted that use software to monitor patients at risk for PUs. One research group has created an application called Pressure Ulcer Manager, for instance, that can help predict a patient’s risk based on data derived from their electronic health record. Others have begun to use a series of pressure sensors and classification algorithms to automatically monitor the position of patients while they lie in bed. 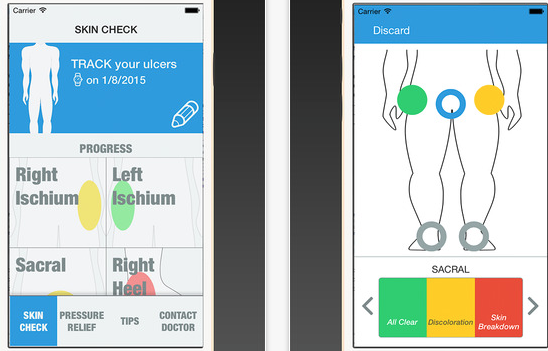 F.G. Marchione, from the University of Sao Paulo in Brazil, and colleagues, recently conducted a systematic review of the literature to identify the various software approaches that are being used to prevent PUs. The 39 papers included in their analysis found that most investigators used a computerized approach to the problem by gathering data on pressure, temperature, humidity level, and estimated body position in bed, in conjunction with risk factor intensity charts and intensity maps. Most researchers used sensors installed on a patient’s mattress, which were able to identify the amounts of pressure exerted on them by a patient’s body.

There are alternative approaches to pressure ulcer monitoring, however. In one paper, clinicians used a brace consisting of sense coils that were inserted in the sides of the brace. These coils, in turn, communicated with a central coil located in the patient’s mattress. “Based on the identification of the smallest distance, the side of the jacket that is in contact with the mattress is identified and consequently the body part which is under pressure.” A separate study used electro-tactile sensors located in the patient’s mouth and tongue. The sensors’ electric signals are transmitted to a device that determines how the patient’s body weight is distributed on the bed and the intensity of the pressure.

Although many of the innovative monitoring systems reviewed by Marchione et al hold promise, the researchers point out that “no randomized control trials were applied to verify the approach effectiveness. None of the selected approaches has considered the hygiene of the monitoring equipment.”