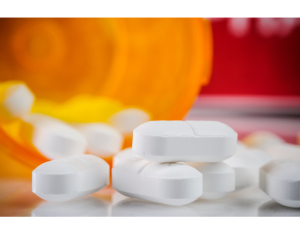 Medisafe released data today on the trends in blood pressure control observed among users of their popular medication management app, claiming that Medisafe enabled users to achieve blood pressure reductions of 17 – 23 mm Hg in just thirty days. If those numbers seem too good to be true, that’s because they are.

That data was described in a press release, Medisafe Reveals Its Medication Management Platform Lowers Blood Pressure with High Clinical Significance, describing a “study” of Medisafe users. Basically, they looked at users baseline blood pressures and thirty day blood pressures, using averages of multiple measurements. They limited their sample to users importing blood pressures from a blood pressure cuff connected to their smartphone with the intent of limiting reporting bias. For patients with stage 1 hypertension, they found reported reductions of 17 mm Hg in systolic blood pressure; for stage 2, it was 23 mm Hg.

I happen to think that Medisafe is one of the best medication management apps available. We gave Medisafe a pretty positive review a few months ago and some of their more recent efforts to integrate other data sources are really promising. That’s why I was so disappointed that an opportunity was missed here to report data that would be more than a marketing pitch, that could help us understand how an app could improve medication adherence and outcomes.

Let’s start with the biases here. First, there’s a big selection bias – patients with connected blood pressure cuffs. I suspect that this population has a higher than average motivation to take their medications and get their blood pressure under control. Second, they presumably discounted users who didn’t have 30-day blood pressures to report, users who probably had higher rates of medication noncompliance and worse blood pressure control. Finally, it’s unclear whether Medisafe really had any impact at all on blood pressure; nothing is reported about the medications that users were taking, how frequently they tracked, or recent medication changes. Was the improvement in blood pressure because they started tracking medications (e.g. improved adherence) or because their doctor had just started lisinopril?

Medisafe highlights that they have more than two million users. So they are uniquely positioned to actually test their app in a more rigorous way and prove to us, patients and clinicians alike, that using this app will improve medication adherence and outcomes. And it doesn’t need to be in a 10,000 person randomized controlled trial that takes five years either. Simply being more rigorous with the data they are reporting here would be a good start.

I completely understand that they may not know where to start. But there are ample opportunities to collaborate with clinicians & researchers to come up with well designed, streamlined studies. Other digital health companies like AliveCor, Adherium, and SmartQuit have shown us that it can be done.

It’s pretty intuitive that if someone has trouble remembering to take their medications, that an app could help. That’s why there are dozens upon dozens of apps out there for medication tracking. The first app to deliver rigorous clinical evaluation showing effectiveness will make a big leap ahead of this crowded pack. Clinicians are eager for apps they can recommend that have evidence behind them.

Following up on my exchange below in the comments section with Jon Michaeli, Medisafe EVP Marketing & Business Development, here’s a graph of the trends in blood pressure control gathered from Medisafe users. 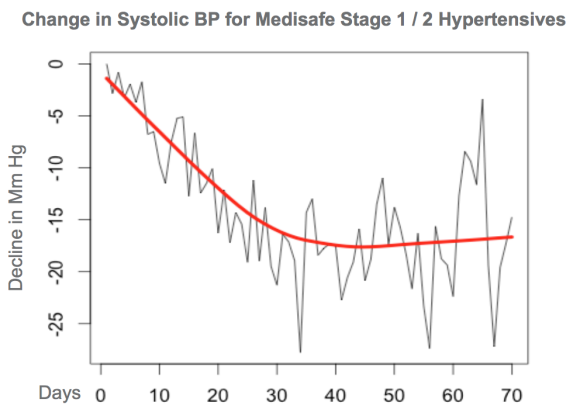