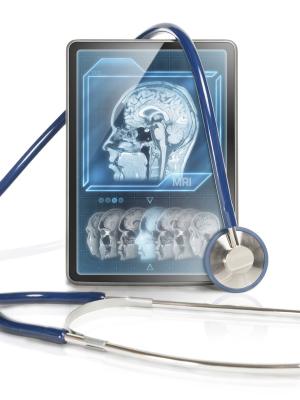 When the iPad was released in 2010, it brought a lot of attention to the potential usefulness of tablet devices in education. That usefulness was recently described by educators from UC Irvine, one of the first medical schools to use the iPad in its curriculum. Dr. Warren Wiechemann and Dr. Julie Youm, both faculty at the UC Irvine School of Medicine, recently took a closer look at the way third-year medical students used the mobile devices during their clinical rotations, sharing that experience in the journal Clinical Teacher.

We’ve written about UC Irvine’s use of digital technology to enhance medical education on several occasions. Last year, we interviewed Dr. Wiechemann MD, an emergency medicine physician, who is the Associate Dean of Instructional Technologies and the Course Director of their Health 2.0 and Digital Literacy Course. At that time, UC Irvine had just piloted the use of Google Glass in its curriculum. His co-author on this study is Dr. Youm, who holds a Ph.D. in Cognitive Studies of Education and masters in computer science, is the Director of Instructional Technologies at the school of medicine and Co-Vice Chair, Academy for Innovation in Medical Education (AIME).

After orienting 103 UC Irvine medical students on how to use the device and several recommended apps, they found that those users who responded to a follow-up survey derived three main benefits: The ability to gain access to a mobile EMR, the fact the iPads made it easier for the students to study during their downtime, and the device’s ability to provide “on the go” access to information. The top challenge reported by the students was the lack of Wi-Fi Internet access (because students at UC Irvine rotate at a variety of hospitals and community clinics, Wi-Fi was somewhat limited).

In addition, Dr. Youm and Dr. Wiechemann described their 1 year iPad integration into clerkships. Their project involved initially choosing apps based in part on reviews on iMedicalapps.com and internal reviews of the Apple Store offerings. Among the digital tools that were eventually loaded on the device were EHR app Sunrise Mobile MD and clinical apps that included DrawMD, VisualDx, Radiology 2.0, MedCal Pro, and PDF annotation app iAnnotate.

Over the course of the year, students focused most frequently on three main activities: reading and writing emails, searching online for clinical information, and preparing for exams. The most popular apps included the electronic medical record, iAnnotate, and a few medical reference programs, including UpToDate. Board review apps were also used frequently.

These types of reports are useful resources in guiding how we implement new tools in the training of future clinicians. It also highlights the comfort with which training physicians will turn to point-of-care information resources on the wards and in the clinic, a good sign for those investing in developing more advanced clinical decision support (CDS) tools. It should also provide further impetus for action among regulators currently considering how to ensure CDS tools provide accurate information on which clinicians can base decisions.

Drs. Wiechmann and Youm concluded, “One compelling outcome of this study was the positive effect of EMR access for students. The ability to quickly pull up lab results and documents for residents and attending physicians provided them access to information that was previously difficult for medical students to obtain during rounds.” That kind of access allowed the students to become integral members of the care team, according to the researchers.