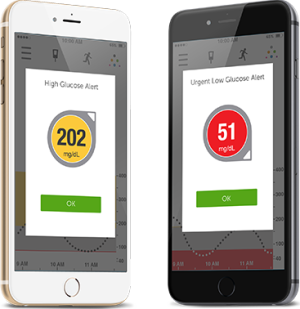 Dexcom recently announced that they have secured approval for the G5 continuous glucose monitor (CGM), a Bluetooth enabled implanted device that can sends data directly to your smartphone.

The fact that it can send data to a smartphone isn’t really that new. The prior version, the G4, already enabled data transfer to an iPhone app. That system had a sensor that tracked glucose levels and sent it to a receiver which could display the data as well as send it on to a smartphone or the cloud.

What’s changed with the G5 is that they’ve embedded Bluetooth into the sensor itself and taken the receiver out of the equation, helping lighten the load for diabetics using their CGM device. When we covered Dexcom’s G4 device, a Class III medical device requiring pre-market approval by the FDA, Dr. David Ahn noted that the app itself was down-classified to a Class II device because it displayed data that was viewable on the receiver. If you look at traditional Bluetooth connected glucometers, a common theme is that they all display blood glucose values on the device itself. That’s important to reducing the scrutiny that the app itself gets from the FDA since the data display on the app isn’t essential to the functioning of the device.

With Dexcom’s G5 platform, the sensor can transfer data to the iPhone directly via Bluetooth; the iPhone is then the only place that data is viewable to the patient. While Dexcom appears to be providing a receiver unit with the G5, according to the FDA’s approval statement, the receiver is no longer necessary (note the “and/or” about viewing data in the FDA approval statement).

Dexcom isn’t the only one going this way either. Medtronic recently launched their Minimed Connect device, which basically acts as a receiver for their insulin pumps and continuous glucose monitors, transmitting data to an iPhone app. From there, its sent to the cloud. Their Guardian Mobile CGM system which, like Dexcom’s G5, will allow the CGM sensor to send data directly to an iPhone, is reportedly wrapping up the clinical trial it will take for FDA approval. 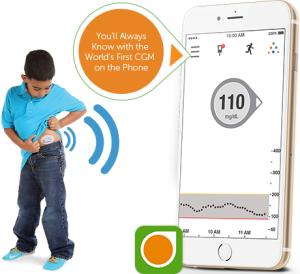 Presumably, this feature – direct to smartphone data transmission by an implanted sensor – got a fair amount of scrutiny from the FDA. I would imagine that the fact that CGM in general is meant from trends rather than specific treatment decisions, like how much insulin to bolus, probably helped reduce the perceived risk from a communication failure. That said, there would be a multitude of other issues to consider here like Bluetooth data security issues, smartphone software or hardware changes that affect Bluetooth functionality, or even simply the likelihood of failure just because the phone battery drains faster.

Other features included Dexcom’s new CGM are active alerts for high or low glucose readings as well as the ability to share real-time glucose data with up to five followers such as parents, spouses, and other loved ones. The G5 CGM will also include Apple Watch support, delivering glucose readings and alerts to a user’s smartwatch. It was also reported at CES earlier this year that the G5 would integrate with HealthKit, which could lead to some really interesting third party apps leveraging this data as well as research opportunities through ResearchKit.