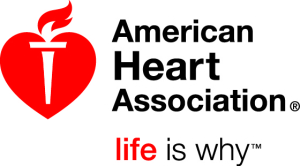 The American Heart Association (AHA) has released a comprehensive scientific statement reviewing the use of mobile health technology in the prevention of cardiovascular disease1. In this statement, they cover some of the biggest use cases for mobile health technology: weight loss, physical activity, smoking cessation, diabetes, high blood pressure, and high cholesterol.

This AHA statement on mobile health is an incredibly far reaching and comprehensive document, the timeliness of which can not be understated. Research on the use of digital health technology has accelerated over the past several years. Digesting that growing data and turning it in to something actionable was sorely needed.

The AHA here has taken the lead in digital health by making it clear that the healthcare community is paying attention to the evidence. Not only is this document important for clinicians and researchers, but it should be essential reading for entrepreneurs and innovators developing digital health technology.

The panel performed a systematic review of studies published between 2004 and 2014; they also touched on systematic reviews and meta-analyses that had already been published in each area. Here are some highlights of each category they covered.