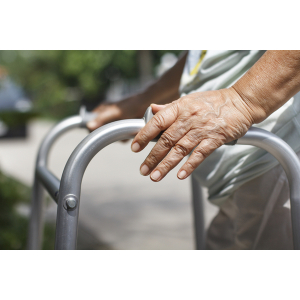 A group at McGill University Health Center, University of British Columbia, and University of Western Ontario have shown that a simple exercise program using an activity tracker could help reduce fatigue in patients with advanced cancer.

For many patients with advanced cancer, particularly those that are not curable, a big part of treatment is trying to improve their quality of life. And a major factor limiting quality of life for these patients is generalized and sometimes debilitating fatigue which can feed into a vicious cycle with progressive reconditioning worsening that fatigue.

Mayo et al proposed a treatment program aimed at helping patients with advanced cancer get some exercise. As they point out, pushing too hard can also be bad so their aim was to find that Goldilocks zone of exercise (not to much and not too little).

In this pilot study, they randomized 26 patients. The control was a standard therapy program. The intervention group got the STEPS program as well (before or after therapy) where patients used a pedometer with goals adapted to their baseline activity and fatigue levels. Goals were adjusted weekly on their performance and changes in their fatigue level.

Fatigue was tracked using a fatigue diary and aa standardized weekly phone interview. A variety of other domains were accessed including symptoms of depression.

As a pilot study, the numbers were fairly small to start. However, the study was also limited by patients refusing to participate and dropping out (half of screened patients said no, half of enrolled patients actually completed the whole study).

That said, patients in the intervention group seemed to have more improvement in their fatigue and less deterioration than people who just got the control therapy. In the treatment arms 43% and 68% of patients were classified as responders based on validated questionairre assessments of fatigue compared to 25% in the control group. Similar effects were seen in the physical measures (a composite including 2 minute walk test) and well being measures.

Due to the small sample size, confidence intervals were wide so its hard to draw definitive conclusions.

For these patients, doing everything possible to maximize quality of life is a key part of their care. Using a low level exercise program is an intriguing way to reduce the fatigue these patients experience, hopefully translating to being able to do enjoyable things like spending time with their families or getting out of the house. While in person rehabilitation is great but therapy designed for this population is not exactly widely available.

A program like STEPS is easily scalable at relatively low cost and engages patients throughout the day, every day.

As for whats next, it appears that the team behind this study is anticipating a larger scale clinical trial with a few hundred patients guided by the results of this pilot.