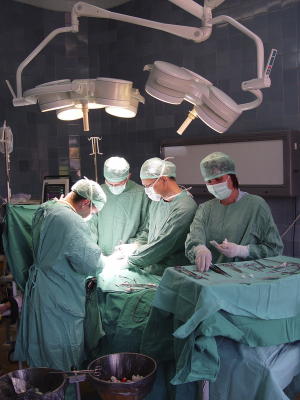 A group of plastic surgeons at Stanford University recently described their experiences using Google Glass and GoPro cameras to capture intra-operative video, highlighting relative strengths & weaknesses as well as plans to incorporate these tools into their training program.

Dr. John Paro, a plastic surgery resident, and Dr. Gordon Lee, assistant professor in Plastic & Reconstructive Surgery, described the experience of their division using these two devices in a recent article in the Annals of Plastic Surgery. Basically, they had a group of medical students, residents, and attendings use these two devices to capture intraoperative video. Both devices were worn by the operator, including the GoPro thanks to a customized headband. They then collected the collective insights on relative strengths and weaknesses of the group.

Based on their experience, they plan to use Google Glass (or presumably some other smart glasses given the end of the Glass program) to capture snapshots of procedures done by surgical trainees because of its relative comfort and low profile. These videos can be used to assess the progression of surgical trainees and provide feedback. To build a library of high quality training videos, they will use the GoPro instead.

Its worth noting this was done in the context of a clinical trial or with an intent to evaluate some specific outcome, clinical or educational. Rather, it simply describes some of the practical issues discovered by a group of forward thinking clinicians – an experience that can help inform others interested in using these types of tools in medical education.