Beyond an Apple a day: why digital health needs to target Android

Where is Android in the digital health ecosystem? And why should we pay attention to non-Apple platforms?

With all of the hoopla surrounding Apple HealthKit, Apple ResearchKit, and the Apple Watch, it leads me to wonder: is the mobile health technology landscape increasingly being consolidated into an Apple monopoly? Should healthcare app developers and designers only create iPhone apps?

After all, a “strong majority” of physicians who own a smartphone use an Apple iPhone. A minority of doctors use platforms such as Android.

The answer: iPhones are not the only game in town. Samsung has made inroads into digital health with not just partnerships with UCSF, but also Partners Healthcare (including Massachusetts General Hospital) and MIT, though some of our authors had doubts & reservations. BlackBerry is still making plays into digital health with ubiquitous healthcare computing platform NantHealth. And Google has made major investments in digital health companies, signalling potential use cases for Android.

So if physicians, for instance, mostly use iPhone, why pay attention to Android?

There are three reasons why physicians and other healthcare professionals need to target Android: socioeconomic status, majority smartphone OS penetration, and to target a more diverse population.

Case study: why one health app decided to pursue Android

To look at why healthcare apps tend to have skewed towards iPhone, let’s look through the mind of a digital healthcare start-up that has recently launched the Android version of their app. 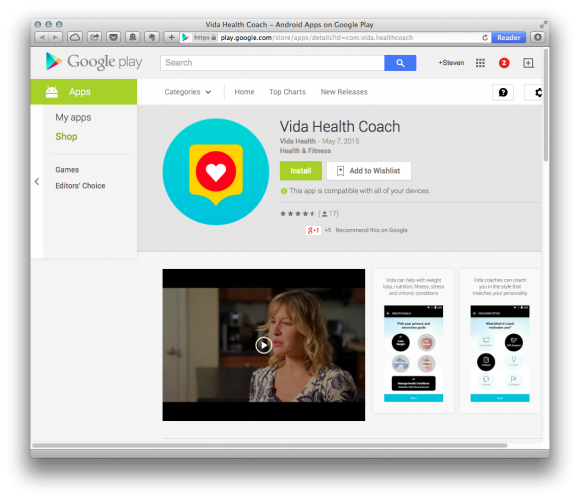 Vida Health, an app that we felt was unique for its coverage of chronic health illnesses and psychosocial health factors, initially launched on the iPhone late in 2014. The app connects users with 24/7 access to nurses, nutritionists, personal trainers, physicians, and diabetes educators. These health experts then can use team-based care programs to help them lose weight, manage diabetes, hypertension, and other chronic illnesses.

This app is a venture led by a former Kaiser Permanente and Stanford primary care physician Connie Chen MD. In April 2015, Dr. Chen and her team released Vida’s Android version.

But why did they begin on iOS devices first?

“We’ve always seen Android as really important,” said Chen in an exclusive interview with iMedicalApps. “But, it’s easier to test and learn faster on one device.

“It’s always challenging to build in parallel on two platforms. There are some areas where Apple has made it easier to develop on in health care — for example, Healthkit is further along than Google Fit, so it requires fewer third party integrations.” 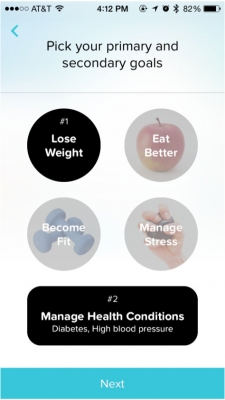 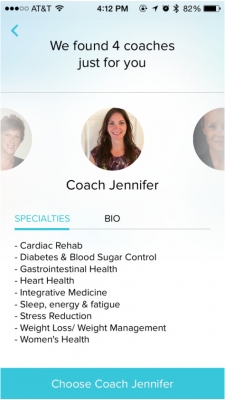 Chen also stated that the variety of Android devices also makes development more complex: “Quality assurance is always a challenge — not just for us — but for all Android developers.”

But targeting iPhone only unnecessarily excludes many participants

Android itself has a majority of the United States smartphone market, with 51.7% ownership in a 2014 survey by Nielsen’s Mobile Insights survey (versus 43.4% for Apple’s iOS).

But globally, nearly 4 in 5 smartphone owners use Android. Fortune magazine — as quoted in MobiHealthNews — has noted that “a whopping 81.5 percent of global smartphone users run Android.

“In other words, the vast majority of patients will be excluded from [Apple] ResearchKit-based trials.”

Chen stated that this had an effect in Vida Health’s academic work. “In our clinical collaborations at MD Anderson and Duke [University], we were having to turn away a lot of patients who had Android devices.”

And, since her team’s app targets chronic illnesses and more complicated health conditions, they needed to be on platforms that more people used.

And, targeting Android means including a more diverse population

“We just got a lot of inquiries from folks asking for Android. A lot of time, lower-, middle-class, or older folks on a fixed income [inquired for Android versions], which has been surprising,” said Chen.

She added, “[This] actually makes a lot of sense, because really our core segment is folks who have multiple chronic conditions, have a lot of life stressors and need a ton of help; where having a personalized coach provides really high touch support is invaluable.”

Researchers and academics have noted that Android coverage is a must for under-served and under-resourced users. (Our previous coverage of digital health for under-served populations also covers valuable tips for developers and designers.)

And, targeting Android means the ability to handle more diverse patients. According to Buzzfeed as quoted in MobiHealthNews, “Apple iPhone users tend to be younger, better educated and wealthier than the many millions of people in the US who are not iPhone users. For example, black mobile phone users are more likely than white mobile phone users to have an Android device.”

Bottom line
There are many advantages in making an iPhone app. But there is overwhelming evidence that digital healthcare platforms and apps can’t ignore Android.
If a company really wants to make positive changes in people’s health, they need to ensure that their users are ready to run and download their app. And that means going Google and targeting Android.