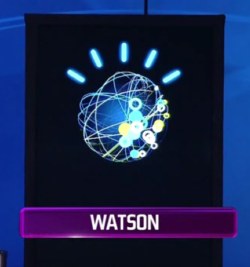 IBM announced this week that it has partnered with fourteen major cancer centers in the United States to use Watson for the analysis of patient-specific genetic data to guide therapy.

Use of Watson in healthcare was one of the earliest applications envisioned after its famous Jeopardy victory. And the pace of news about Watson in medicine has definitely picked up. @Point of Care, which made our Best New Apps of 2014, uses Watson to help answer patient questions about multiple sclerosis. And Pathway Genomics plans to deliver personalized health advice based on a patient’s genetic profile using IBM Watson.

In a demonstration of its commitment, IBM recently launched a 2000-person Watson Health unit that will focus entirely on applications in medicine. At the same time, they also announced a collaboration with Apple that will bring Watson’s analytic power together with the piles of data being collected through HealthKit. 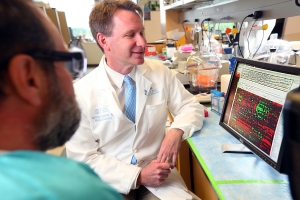 Watson will be used to analyze genetic data being captured on cancer patients and compare that information to databases of known genes, medical literature, and more. Based on available reports, use here seems to be very much in pilot stages, looking for ways that Watson could help deliver scalable decision support in this context. As described by IBM, partners will use a new Watson Genomic Analytics platform:

Partners involved in the program will use Watson Genomic Analytics, a new solution specifically designed for genomic analysis. Watson Genomic Analytics is a cloud-based service for evidence gathering and analysis. It looks for variations in the full human genome and uses Watson’s cognitive capabilities to examine data sources such as treatment guidelines, research, clinical studies, journal articles and patient information. The solution then provides a list of medical literature that is relevant to the case along with drugs that have been identified in the literature. The patient’s doctor then reviews this information alongside underlying evidence to make more informed treatment decisions. Watson Genomic Analytics constantly gets smarter, as the system learns from patient data.

There’s clearly a lot of potential here. However, it’s also important to recognize that it’s still just “potential.” In a nice piece in the New York Times, Mayo Clinic physician Dr. Michael Joyner talks about how the promise of the Human Genome Project was, to some extent, stymied by the insights it gave us into the complexity of the most prevalent diseases.

Watson is certainly a novel tool in medicine with an incredibly wide range of possible applications. These partnerships will help drive the thoughtful development and rigorous evaluation that will lead to Watson-based tools that can move use from novelty to improved outcomes for our patients.