As a full scope Family Medicine physician, few things are truly more frightening than emergencies in infants and children. From asthma exacerbations to seizures to trauma, pediatric emergencies test the mettle of any provider. Time is critical so you have to know much information almost instinctively. With the advent of smartphones, this information can now be accessed rapidly at the point of care.

In two prior deployments to Afghanistan as well as stateside, my pediatric emergency app of choice has been Pedi STAT. Here at imedicalapps.com we have reviewed Pedi STAT previously. We also included it in several “Top 10” app lists for Pediatrics and Family Medicine. Over the years, alternatives to Pedi STAT have come along including PalmPedi, BluCard and Pedi Crisis and most recently Paediatric Emergencies.

The author of Paediatric Emergencies, Dr Christopher Flannigan, is a Pediatric Intensivist in England. His brother is an IT consultant and together they have produced a number of pediatric medical apps for the Android and iOS platforms. Dr Flannigan has a companion Podcast and is writing an ebook as well based on the information in the app and Podcasts. So taken together one has a variety of ways to connect with the information and learn more details about the medical conditions such as acute asthma and status epilepticus. 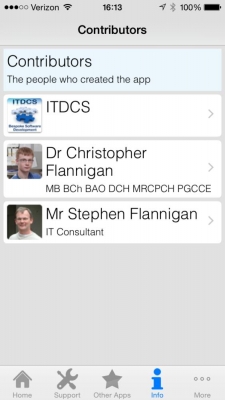 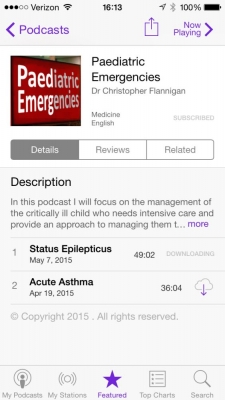 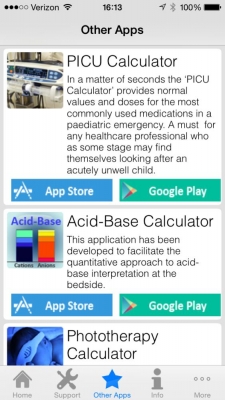 The night before the on call resident admitted a 10 year old male with a history of moderate persistent asthma to the peds floor for what appeared to be a routine asthma exacerbation. However just before morning rounds begin you are called for a rapid response system page on this patient. Upon arrival to the bedside, you find an anxious appearing male asthmatic in severe respiratory distress. The nursing staff asks you what you would like to do next…..

When you first open the Paediatric Emergencies app, it immediately asks you for information about the patient. The app asks for the patient’s gender, age, and weight. Unlike PediSTAT, you do not have the choice of entering the patient’s length or Broselow color. PediSTAT encourages you to enter a weight to ensure proper weight based dosing, but it allows you to simply enter a patient’s age if that is all you have available at the time of the emergency.  On Paediatric Emergencies you can achieve the same rapid estimate based on age alone by entering the age, then clicking the “Estimate” box under weight. This wasn’t entirely clear when I first used the app. The app author kindly pointed out this functionality and promises to make it a bit clearer in the next app update. 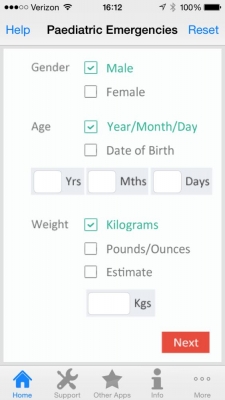 Once you enter the patient’s gender, age and weight, the app opens to a long list of paediatric emergencies ranging from Anaesthesia to Cardiac Arrest to Malaria (!) to Trauma. This list mirrors other popular pediatric emergency apps while including many not found in PediSTAT such as hypertensive emergency and raised ICP. It also “omits” some topics that I like in PediSTAT such as Airway Intervention and Equipment. Technically these are included in other topics such as Anaesthesia, but they appear “hidden” in less than intuitive topics. 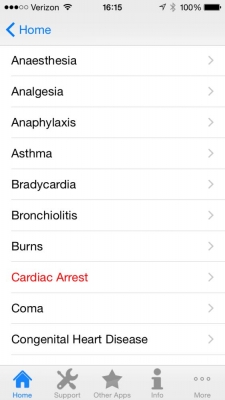 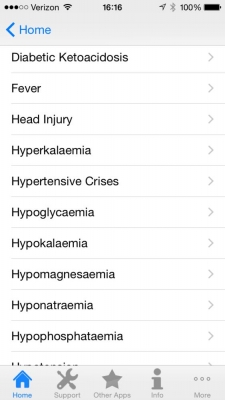 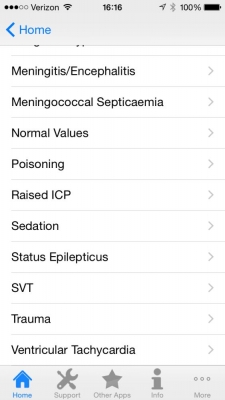 Once you select a topic such as Asthma, the app usually opens to an algorithm. The asthma algorithm isn’t the easiest to visualize on my iPhone 6, but would work well on a 6 Plus or iPad. Below the algorithm, the app returns weight (and age) based dosing of asthma drugs in the same order as the algorithm. For those in North America, the app’s language issues and even protocols begin to become an issue. Current US guidelines for asthma clearly differ from those in the UK. Rarely in the US do we use IV infusions of salbutamol (albuterol), but in the UK this is a more common practice. Each subsection of the app is well referenced and clicking on those references opens PDF’s of the referenced guideline, websites, etc. 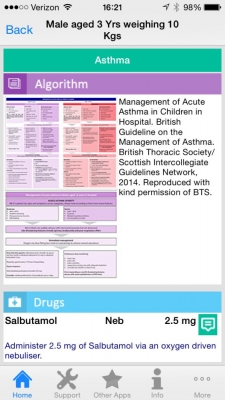 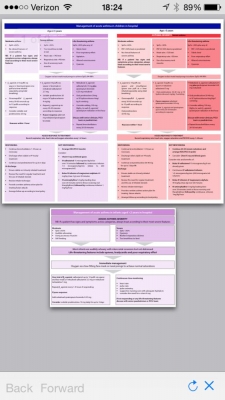 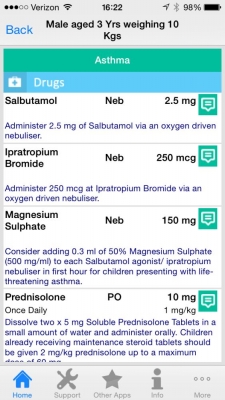 Despite our efforts of using the asthma algorithm, our patient continues to worsen prompting our PICU staff to recommend intubation. Clicking on another section of the app such as anesthesia opens the airway section of the app which displays age/weight appropriate ET tube information as well as dosing of anesthetics for RSI such as ketamine and rocuronium. This time there is not a handy algorithm for RSI except down in the references. This is too bad as a simple RSI algorithm for peds would be nice to have on this section of the app. 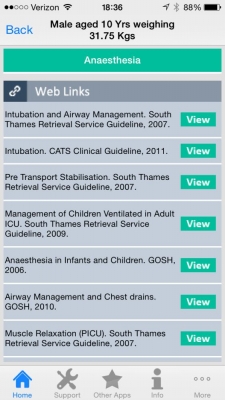 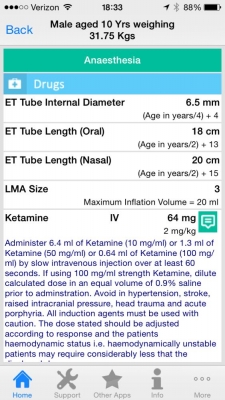 The Intravenous Fluids section of the app has a very nice algorithm which again is difficult to read on the iPhone though it does rotate and expand in landscape view. This section of the app gives age/weight based dosing for fluid boluses, maintenance IV rates, and includes a nice calculator for fluid deficits.