In prior articles, Dr. Michael Kerr has given a detailed account of how spaced repetition is a great way to learn medical content. After his initial article, I started utilizing Anki, one of the spaced repetition platforms he listed, and was pleasantly surprised by how many in the medical profession were already using it. There were already so many pre-set medical flash cards that I didn’t even have to make. 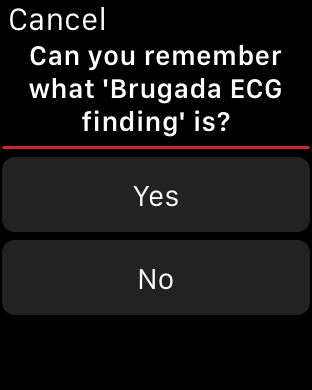 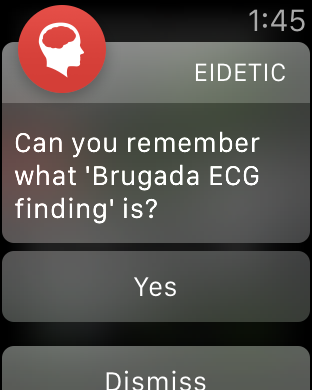 When I give lectures on apps for medical students and residents, I often times ask how many in the audience are utilizing spaced repetition apps, and usually at least a third of the audience will raise their hands.

For those of us in medicine who have to perpetually learn new material, it’s huge. 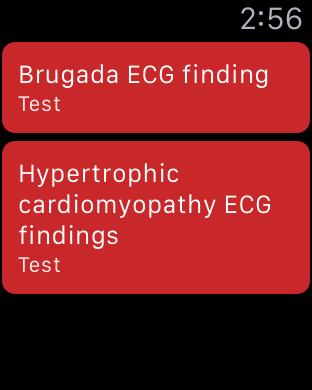 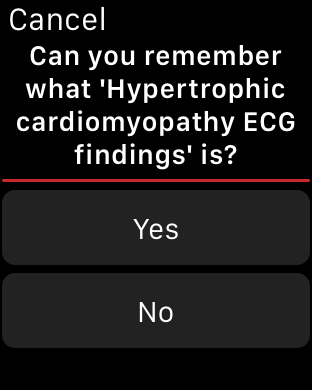 As much as I love using Anki on my iOS devices, I don’t always have my phone on me, and I don’t check it for all the notifications I receive. I have my Apple Watch set to only a few notifications from a few apps since it’s always on, and having a spaced repetition app is great for this.

I get spaced notifications about flashcards I have made, and I don’t have to pull out my iPhone to review them.

There are some issues with this app though, and it centers more around data input. You can use the app on all your iOS devices, but there is no backend portal from which you can input your flashcards. This is a big deal since it’s cumbersome to input flashcards on your iPhone or iPad — the most ideal way to input data is with your desktop computer. 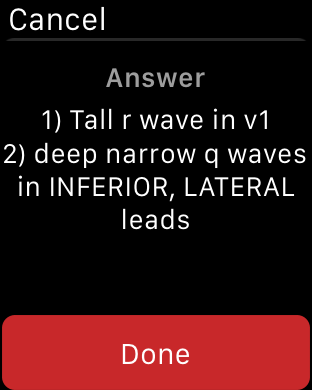 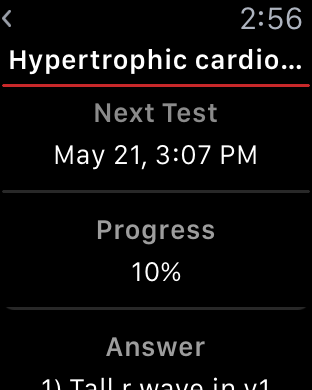 So the Eidetic app and its accompanying Apple Watch app have not replaced the AnkiMobile Flashcards app I use for my iPhone, but it’s a great adjunct app for memorizing content. If there are a few things you want to memorize at a time that don’t contain a great deal of text, inputting them into the Eidetic app works. Further, you’re able to save to Evernote, so if you want to add the flashcard to your Anki deck it’s easy to copy and paste from your desktop’s Evernote app.