A few months ago I wrote about how the health app “Instant Blood Pressure” — was still available for download in the Apple iOS Store and the Google Play store.

The app claims to measure your blood pressure accurately by using their iPhone’s camera and microphone, and holding your phone to their chest.

I documented in detail how the app was being used inappropriately by patients, and how the developers have yet to show any evidence or studies that show the app legitimately works.

When I was recently searching the Android and Apple App Stores, I was surprised to find the app had been removed from one of them — Google. I suspect Google pulled the app after various stories were published on the app. 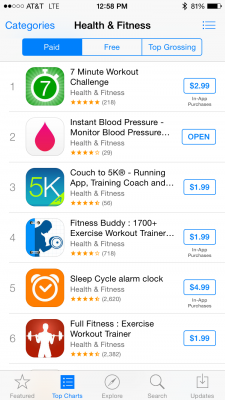 Unfortunately, I doubt Apple will follow Google’s strategy here though. Even though Apple has a significantly more stringent App Store policy, they don’t seem to want to aggressively pull health apps that could be dangerous or ones that health professionals raise concern about — which is surprising.