Mobile, web-based intervention can be effective in back pain management 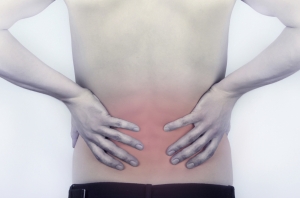 A recent randomized controlled trial in the Journal of Medical Internet Research demonstrated the efficacy of FitBack – a mobile, web-based intervention that helps patients prevent and self-manage nonspecific low back pain (NLBP).

NLBP is a diagnosis usually given to individuals who have temporary back pain with no clear medical cause. The problem is extremely common, as four out of five adults have NLBP at some point during their lives. Costs associated with back pain are approximately $90.7 billion each year.

Current treatment approaches focus on conservative management and patient self-management, though it can be difficult to really educate a patient on that in a 15 minute visit.  In addition, treatment guidelines developed for the treatment of NLBP by the American College of Physicians and American Pain Society are often not followed. With this in mind, researchers developed a study to assess whether a mobile web-based intervention, FitBack, would help patients implement self-tailored treatment strategies to prevent and manage the pain associated with NLBP.

The randomized trial included 597 adult participants who received assessments at the beginning of the study, at two months and at four months. They were randomized into three groups with 199 patients in each group. The first group was a control group that received usual care and the three assessments. Unfortunately “usual care” is not clearly defined by the researchers so there may have been significant variation. The second group received alternative care – namely 8 emails urging participants to view six NLBP Internet resources. The third group was the FitBack intervention group.

FitBack is an online intervention that uses a self-tailored cognitive behavioral approach. The intervention helps users develop a self-tailored plan for managing and preventing back pain that matches their job types. Users have access to information, including videos, on NLBP. The behavior of users is tracked by the app and compared to the plan developed for them. Users received weekly reminders with self-care messages that encourage them to track their pain and self-care activities on FitBack. They also have access to 30 brief videos on various issues relevant to prevention and management of pain associated with NLPB. Overall, the app seeks to help users gain “control over the cognitive and behavioral strategies they use to impact their NLPB and to develop and support users’ self-efficacy related to pain management and prevention.”

As the researchers indicate, this study is a great first step towards illustrating that a mobile-intervention self-tailored to patients with NLBP can be useful.   The FitBack approach is also more accessible than current approaches because it was not linked to a health professional. The platform also helps deliver care, in the form of counseling and advice, in the places the patient is actually experiencing pain – at home, work, and so on.