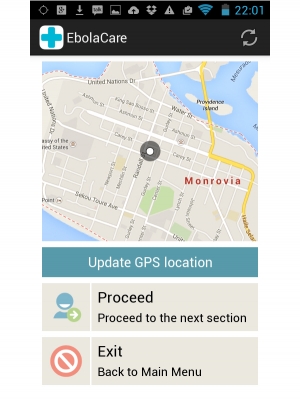 Over the last decade, digital health tools such as smartphone apps have become increasingly useful tools in efforts to combat the spread of infectious diseases. And in the recent Ebola outbreak, a similar trend emerged with everyone from individual developers to Google and the World Health Organization using apps, social media, and other digital health tools to combat the epidemic.

With influenza, we’ve seen a variety of tools emerge leveraging Google’s search data, weather trends, prescription fills, and more to broaden our public health toolkit. The CDC also released a great app for point of care support. And in the Haiti earthquake, we saw SMS-based systems for patient tracking, social media monitoring to identify needs, and so on. The Red Cross also has a suite of great disaster apps.

During the Ebola outbreak that began in 2014, digital health innovators are developing different innovative ways to inform and educate people to prevent future outbreak occurrences from happening. As the World Health Organization (WHO) points out, community engagement is key to successfully control outbreaks. In order to minimize the impact of Ebola and other infectious diseases, certain measures such as case report management, surveillance and contact tracing, effective laboratory services, safe burials and social mobilization, have to be implemented.

How are current mobile apps being used in the fight against Ebola?

When Ebola was first discovered in Nigeria, Google Trends was an app that was used to stop the spread of the deadly virus. Nigerian journalists used the Google Trends app to identify the most frequently asked questions online about Ebola and provided answers to educate the public. They used this data to better educate people about the virus. The result was a drop in the time it took people to report their exposure or symptoms of the disease by 50%.

The BBC World Service took a slightly different approach to delivering news and information about Ebola in West Africa. They used popular existing platforms like WhatsApp and Mxi, essentially creating a news service within these apps to provide general public health information through short articles and 30 second podcasts.

Along with providing information, another app that has spurred the movement towards better technical applications is the Ebola Care app developed by Philip and Malan Joubert. This mobile app was designed to assist healthcare workers to quickly and efficiently track those patients who became infected with the virus. The app allows for information on patients with Ebola to be recorded easily, filed and sent to a central medical center where it is put into a database of patients with Ebola. The database is then used to inform the patient’s care as well as the care of future patients. This app is being used by the Liberian nonprofit organization More than Me.

How can these mobile apps change the future of the industry?

In order for digital health tools like mobile medical apps to become a practical and useful resource in fighting infectious disease, a truly multi-disciplinary and multi-industry effort is critical. One editorial in the The Lancet argued that digital health tech could have played a much bigger role in combatting Ebola had there been a quick ground response which included point-of-care mobile diagnostics.

With the outbreak of Ebola, some manufacturers have been able to test their apps in the field and the results have been promising. Preliminary findings have shown how these mobile healthcare apps can impact the industry. Now developers need to analyze the data and find better, innovative ways to bring these technologies to the forefront of this global fight against Ebola and other infectious diseases.