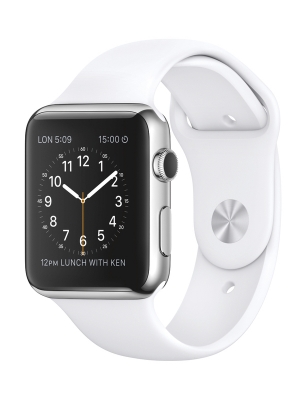 In an interesting find by iFixit — the company known for breaking apart popular gadgets to study their internals — the Apple Watch was found to have the ability to measure blood oxygen saturation.

Traditionally we measure blood oxygen saturation using a sensor we attach to your finger, earlobe, or forehead. This is the plastic sensor that your physician might connect to your index finger when your vital signs are being taken before a visit.

In their teardown, iFixit mentioned the pulse oximetry functionality is currently turned off in the Apple watch, and many are speculating that Apple is awaiting FDA approval for this. That may be partially true. While the iHealth PO3 pulse oximeter is FDA cleared for medical use, a visit to the consumer site makes it clear that the device should only be used for fitness purposes. That’s an important distinction when selling direct to consumers – the “intended use”. Apple certainly has the resources to get FDA clearance for this functionality and could have marketed it in that way to stay in the consumer market. Given their history in health, though, I imagine they are aiming a little higher than that.

That said, I doubt FDA clearance is the only reason Apple turned this feature off; rather I bet they don’t care about measuring blood oxygen saturation right now.

The same sensor that has the ability to measure blood oxygen saturation also has the ability to measure heart rate — and the heart rate sensing ability is “turned on” in the Apple Watch. This is commonplace for these types of sensors, and I suspect Apple wasn’t purposely trying to have that ability at all, but found that the best sensor for the Apple Watch happened to also offer this ability.

Either way — a question I’m being asked now is how could oxygen saturation be utlized in the Apple Watch for health?

The following are a list of medical conditions and how the ability to meausure pulse oximetry can impact their care:

Sleep apnea affects millions of individuals. Part of the diagnostic testing involves looking for drops in blood oxygen levels being able, when someone is sleeping, to see if they are having hypoxic apneic episodes (low oxygen levels when they stop breathing during sleep).

For example, if a patient presents with symptoms of fatigue, frequent naps during the day time, and loud snoring — one of the easiest things to check would be oxygen saturation during sleep. If blood oxygen saturation drops substantially, you most likely have the culprit and a formal sleep study could be done to confirm and determine treatment.

One of the markers to see if a patient’s fluid status is going towards volume overload levels is to measure not only weight and their overall symptoms, but blood oxygen saturation levels. When they have shortness of breath to the point that their oxygen levels are dropping, it can indicate the need to hospitalize a patient or to be very aggressive with their diuretic management.

With the ResearchKit app already collecting data for the heart failure app created by the team out of Stanford, having the ability to get blood oxygen saturation levels integrated into their research app would be a marker that could tremendously help their research.

There are several other clinical scenarios where a low blood oxygen saturation level is useful to help with diagnosis and management — such as pneumonia, pulmonary embolism, pulmonary hypertension, among others — but these conditions are more acute and far less common than the three I mentioned above.

When the ability to measure pulse oxygen saturation is finally turned on in the Apple Watch, it will definitely be interesting to see how the medical and developer community reacts — but I suspect it will take at least a year or two before that functionality goes live.