Primary care providers and other medical professionals who care for children are likely either required to or elect to take the American Heart Association (AHA)/American Academy of Pediatrics (AAP) Pediatric Advanced Life Support (PALS) Provider Course.

This one to two day course can be challenging for providers who care for children but rarely encounter critically ill ones. Many mobile apps include PALS algorithms, Epocrates Essentials, PediSTAT, and ERres to name a few, but PALS isn’t their primary focus.

So this week while taking a two day PALS course, I decided to evaluate PALS Fast by Crystal Clear Solutions. The app claims to be a quick, “bare essentials” resource for point of care PALS emergencies and a study guide for the PALS exam.

The content of the PALS Fast app comes from the 2011 edition of the AHA/AAP PALS provider manual. The 2011 edition is the most current version of PALS.

Let’s walk through the app as if you were preparing for PALS like I was this week. The app is not organized the same as the PALS book which at 12 chapters plus appendices is a good thing. Instead the app attempts to organize itself for caring for actual PALS emergencies.

When you first open the app, it immediately pops up a list of 9 icons ranging from “CPR Steps” to “Vitals” to “ROSC”. Along the bottom of the main screen are four icons: Topics, Timer, Drugs, and Quiz. 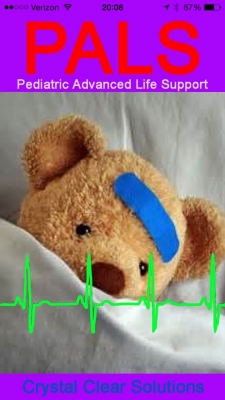 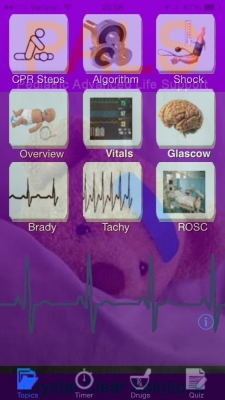 The “CPR Steps” icon is essentially a table that compares Infant, Child, and Adult CPR steps side by side. This is helpful, for example, at comparing the compression depth between infants and children. However, it doesn’t really “walk you through” the CPR sequence. 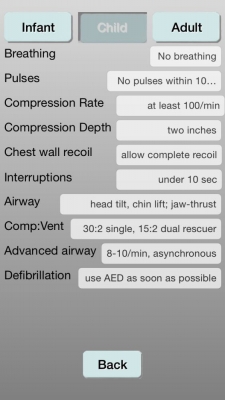 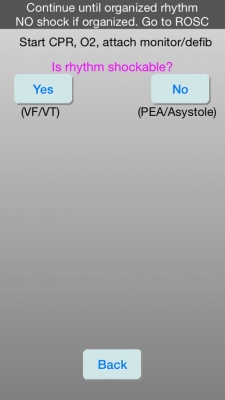 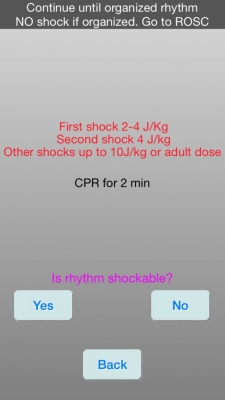 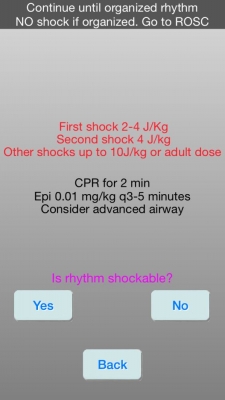 Tapping on the “Shock” icon brings up a scroll screen for the four types of shock discussed in PALS. Selecting “Hypovolemic” first shows the most common causes of hypovolemic shock in children. Tapping “Next” brings up a somewhat difficult to read text page of either “Non-hemorrhagic” or “Hemorrhagic” hypovolemic shock. The information provided is excellent, but not easily viewed even on my large iPhone 6 screen. Despite some readability issues, I like the “Shock” section of the app as most PALS sections of medical apps only contain the cardiac algorithms.