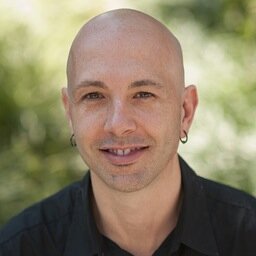 In a world where electronic medical record systems are denigrated for poor usability and healthcare apps have seen mixed results in terms of user adoption, healthcare design firm Mad*Pow is seeking to change this.

Mad*Pow’s Dustin DiTommaso (@DU5TB1N) will be speaking at the hxrefactored conference in April on designing behavior change games. As Senior Vice President of Behavior Change Design at Mad*Pow, he has performed behavioral science and human-computer interaction design and research with many firms. His past clients include Johnson & Johnson, Janssen, Henry Ford Hospital, Cleveland Clinic, Joslin Diabetes Center, and Healthrageous.

iMedicalApps interviewed Mad*Pow’s Dustin DiTommaso at Health 2.0 Silicon Valley, where he delivered a workshop on behavioral change and motivation.

What are some of the most common questions you get from healthcare providers?

Some of the most common questions are always around “How do we get people to engage with their health, and how do we keep them engaged with their treatment, with their health?” That, I think, is the #1 question and reason people come to us.

And the #2 question we get is slightly related, but is often more specific: “We have an idea of a prototype in the real world and we want to translate it to a digital experience. How do we kick off that process? Is it going to work? Are we looking in the wrong place?”

Those are the two most common questions.

So what kinds of answers do you give them?

The answer I like to give is the approach of “How to be autonomously supportive in whatever we’re designing.” I think there’s a tendency [to use] technology to take the place of a human one-on-one interaction, but it really needs to support the user in every way possible. It needs to feel like the user is in control. And [also] that their preference will be met by the software and technology. If they need to customize or change or adapt it with intent, [they need to know] that they can; that software ideally should adapt with that person as it learns more about that person on its own.

What are some elements that can make technology more human?

I’ve found a few things actually. Interaction design is a conversation between a person and a machine. It doesn’t have to be [purely a] conversation in text or tone, but the way it feels needs to feel like a conversation, where I as a human click a button or put information in a system. The feedback loop needs to respond back, kind of the way we would interact with each other.

So it has to understand what the person is saying.

Yes, and what the intent is, offer back content, visual feedback, really any kind of feedback — haptic feedback, audio feedback — in a way that’s meaningful for the data.

I think an area that’s underserved is that we present data back in a machine format, like a graph, but it’s not immediately understandable or salient. How do we translate data into information? How does it build knowledge and meaning?

So those are huge. Those are delicate ways of thinking of things. That’s really important.

The work that my team does is looking to change behaviors. It’s so, so important. It’s one thing to say that at one level, [an app] can trigger something: send an alarm or vibrate. But the risk of every machine interaction is that those [alarms] wear off [and can be] easily ignored.

If that’s our only strategy, we haven’t learned how to internalize [within patients or users] the value of that behavior or medical protocol. So [the challenge is] really finding ways to internalize those values so that their treatment or plan becomes important for that person, so it sticks, so that long-term change is enabled.

I think a lot of designers have problems designing something into a patient’s day-to-day. What are ways you go about designing for this?

[We think about whether] tasks are part of a workflow that can be automated. If an action requires users to enter input or data, the more automatic it could be [would be ideal]. The wonderful thing about pedometers and trackers is that it’s automated. Except food!

We can understand the context of a person’s day, if it can be Location Aware and Time Aware. If we know when someone is supposed to do something, [we could present] the right prompt, right cue at the right time, allowing people to set preferences. If we’re trying to build behaviors, can we set up habits? Can we link behaviors to routines that already exist?

That’s the key. We’re asking the user to be a partner in their own healthcare, and we want to make it easy for them: the more burden we can take off of them and place it on the technology, [the better].

What are some of the best examples of apps that you’ve seen that worked well for patients?

We partnered with a startup in Boston called Healthrageous (which got acquired by Humana). There was a workplace wellness [program] for condition management, lifestyle and behaviors. They had one level of a platform where people could take health challenges and get cash rewards, tied back to meeting outcomes; we worked with them to develop a coaching engine for their platform for each and every user based on working through things like hypertension, managing diabetes, increase physical activity, and decrease sleep stress.

Two phases of apps are (1) wellness and lifestyle, and (2) chronic condition management. And the key there is to understand what that path would be like for a person in any of those verticals. Like, what would that path of care be like for diabetes, hypertension, or lowering your BMI? And to map out what a care path could be, understanding what all the different data points would be like along the way, and what the relevant behaviors are at each step of the way. Once you’ve onboarded someone, as minimally as you can, give them a task, ask them a question in the voice of a digital voice, and collect small bits of data along the way, [like] monitoring vitals. Devising meaning from them, and giving persons a series of actions, content or information for them to improve their condition and manage their condition.

So [the app can be] diagnostic, and it recommends the next best thing to do. Sort of a holistic score, so you have targets that can move. And a host of strategies if people drop off or disengage.

And tying that in, so that those persons’ interactions feel customized, it’s directed, and it adapts as that person’s behaviors change or biomarkers change.

Many of our readers are interested in designing their own apps. What kinds of resources would you recommend?

I think the most valuable research group that’s applicable to the work we do across the board is the work Self-Determination Theory. [It was made in] Rochester, New York. Look at selfdeterminationtheory.org and motivational psychology, and they’ve got literally thousands of studies over the last 40 years for applying their constructs across varied factors of life: healthcare, interpersonal relationships, workplace environment, striving in sports.

I’m also really interested in the work that’s going on in the UK, at the University College of London. There’s a team there led by Susan Michie and Dr. Robert West. They’ve developed a few models of how to design for behavior change from an individual to a population level. I think their work is rock solid.

RSA out of London publishes a lot of papers very much on population level behavior. Neuroscience, psychology and sociology are combined [in their research], so it’s big, it’s very top level thinking.