With the 2015 update — EMRA chose not to make a separate app. Something they did for the 2014 version — causing people to have to pay again to get an updated book. I suspect the free update is given because the app is now sponsored by one of the large Emergency Medicine staffing companies.

One of the biggest issues I’ve had with the app is the meager search function. When the app opens up, you have to search within each subsection. You can’t search globally.

I show this below in the screen shots. For an app that is relatively expensive, yet doesn’t cost much to produce, you would hope for a global search function — especially when you’re working in the ER and saving a few seconds lets you see the next patient quicker. 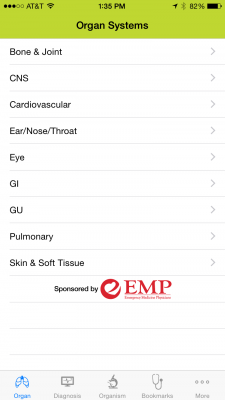 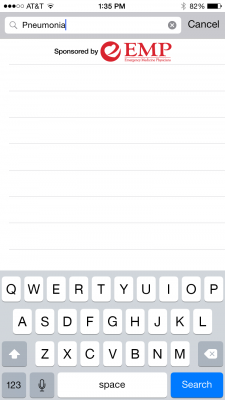 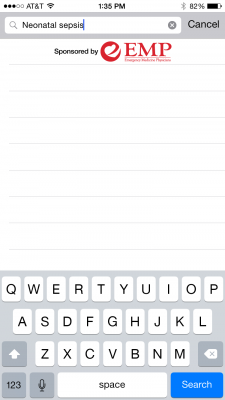 A simple update of the app would fix this functionality, and I hope EMRA does this sooner than later.