After reviewing the medical apps that were released in the month of January, the following are the ones physicians and other health providers should consider downloading.

This free app was created by the Child Life Specialists at Tucson Medical Center for Children and is geared towards Pediatricians, Family physicians, and Emergency Medicine physicians.

KidSpeak helps you explain disease pathology to parents and kids in an easy manner. My favorite is the digital whiteboard section where you can draw on organ systems to show your pediatric population exactly what’s happening to their bodies.

The app has a “virtual tour” that is centric to Tucson Medical Center, but the other two sections — Glossary and Digital Whiteboard can be used by physicians anywhere.

I had a lot of fun playing around with Kidspeak and plan to use it with the pediatric patients I see in practice and their parents. Usually apps produced by medical centers have poor user interfaces and are buggy, but Tucson Medical Center should be proud of creating a health app that avoids these issues. 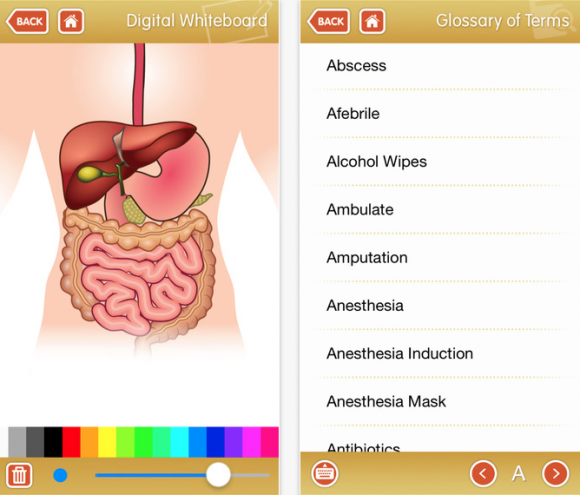