Last July I wrote about how there was an app, called “Instant Blood Pressure – Monitor Blood Pressure Using only your iPhone”, that was being used in a dangerous manner by patients to monitor their blood pressure. As a physician, the app terrified me. 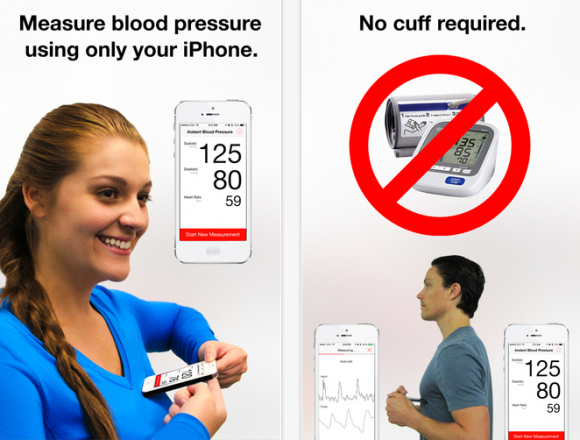 Instant Blood Pressure has now become a top 5 downloaded app in the Health section of the App Store — and is being used by tens of thousands of people to measure their blood pressure. 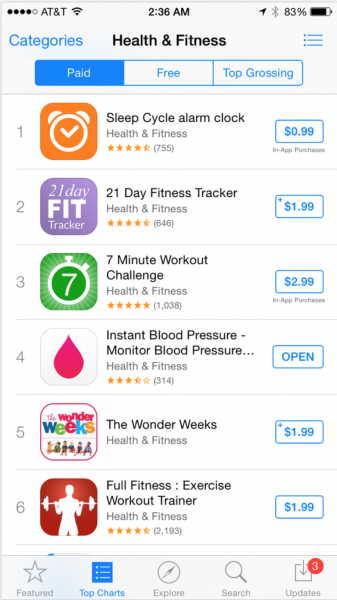 Initially when the app was released, it didn’t even contain a disclaimer — only after I featured Instant Blood Pressure on iMedicalApps, and subsequently Wired Magazine picked up on the story, did the developers even bother to put a disclaimer within the app. The developers were also initially implying that Johns Hopkins was supporting their claims in their App description, but were forced to remove the institutions name after Johns Hopkins found out their name was being used in an inappropriate manner.

The developers initially asked me not to publicize the app at all, and refused to show data or any type of study that backed up their claims, stating they were creating proprietary algorithms. They kept mentioning they would “soon release data” that showed how the app worked, but more than eight months later they still haven’t released any studies or proof showing how the app works.

Instant Blood pressure has become so popular that it has spawned a number of spin offs: 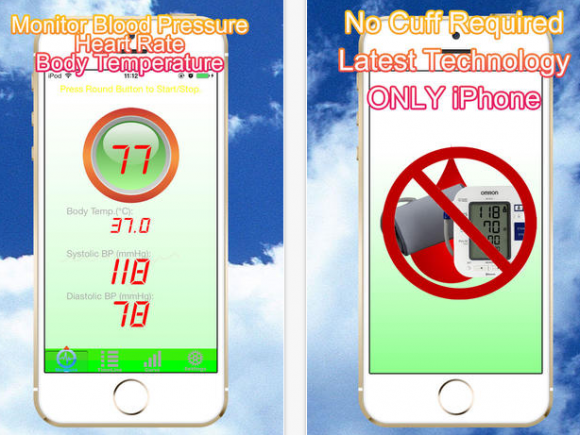 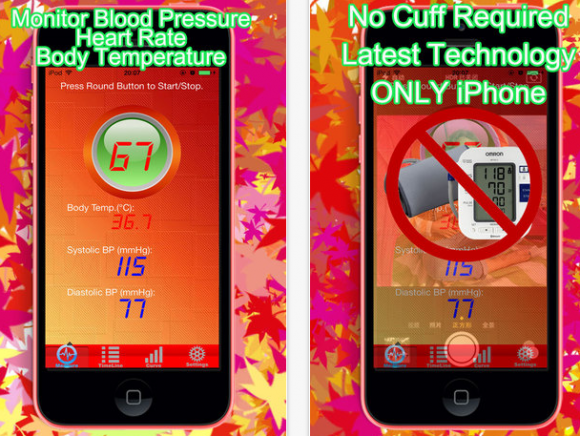 Even a recent publication in the American Society of Hypertension takes aim at these apps, raising alarm at how often they are being used by patients.

As I mentioned before, tens of thousands are using this app and its clones. The below is a screen shot of just some of the user comments. It’s full of people who state they use the app now to keep trends of their blood pressure, and many people have abandoned using their traditional cuffs. The app has a 4.5 out of 5 star rating.

Physicians rely on their patients to report their home blood pressure measurements, and patients who are using this app are giving numbers that can change the way physicians prescribe antihypertensive medications. I have even received emails from noted professors of Medicine from Vanderbilt to Johns Hopkins who are incredulous that the apps still haven’t been removed. Some have already discussed it with FDA colleagues and are planning a larger concerted effort to reach out to Apple and Google in order to remove these types of apps.

The iMedicalApps team of physicians implores Apple and Google to remove these apps from the App Store. There is sufficient proof in the comments section alone that patients are using these apps not for recreational purposes, but as medical devices, having the potential to lead to disastrous health consequences. Apple and Google shouldn’t allow developers to hide behind veiled disclaimers that try to prevent FDA regulation and liability if someone were to die. If an app even has the potential to be used as a medical device using sensors on a phone, it should be regulated in the appropriate manner.

I find it fascinating that the Instant Blood Pressure app doesn’t let you store your blood pressure numbers. Clearly they don’t want you exporting or tracking your measurements if you have a poor health outcome.

I have given talks across the world on mobile health, and consider myself a digital health evangelist. I want developers and companies to push digital health to the limits. But non-validated apps like these that can cause catastrophic harm only hurt our cause.

At the end of the day, the conclusions I drew in my last article about this app are the same, and the following feels repetitive to say, but is important:

I practice Emergency Medicine in a Level 1 trauma center. I see what poor blood pressure management does on a daily basis. I see people arrive to my ER non-responsive, on the verge of dying, due to hemorrhagic strokes secondary to blood pressure that isn’t controlled. I frequently see hypertension become so bad that it causes flash pulmonary edema, and patients literally arrive drowning in their own lungs and unable to breath. I’ve talked to family members telling them how their loved one died because their blood pressure was too high, resulting in a catastrophic failure of their organs.

Blood pressure management is not for “recreational purposes”. This is not entertainment. This is real life.