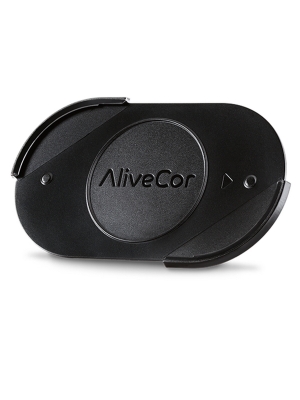 A study published this month has demonstrated the use of the AliveCor Heart Monitor to capture 12-lead EKGs and diagnose ST-elevation myocardial infarctions (STEMIs).

The device used wasn’t exactly the heart monitor currently on market. In this pilot study, they used a modified version of the Heart Monitor to which two electrodes could be attached. An iPod Touch was then held near the Heart Monitor to capture what ends up being a single-lead EKG tracing. By attaching to the appropriate pairs of electrodes, the investigators captured what amounts to a 12-lead EKG. Unlike traditional EKGs though, each lead is captured at a different time.

In this study, they used this device to record EKGs on six patients presenting to an emergency room for whom a STEMI team was activated. They captured a standard 12-lead EKG first using an EKG machine and then a second 12-lead using the modified AliveCor Heart Monitor. Each EKG was then read independently by three cardiologists. The investigators reported 100% concordance between the two techniques. Curiously, they did note that disagreements were resolved in discussion – it’s not entirely clear what that means but does raise some concern for the introduction of bias.

One could argue that most of the connectivity advantages offered by smartphones could be, or has been, built into the field devices carried by emergency responders. That being said, I’ve certainly been frustrated many times to find that I can’t access the field EKG of a patient admitted to the hospital. The reality is that those proprietary devices will generally be more closed systems; using a smartphone-connected device would likely be more interoperable. It could also offer some interesting opportunities for cloud-based analysis or even simplify the transmission of EKGs for physician review. Finally, given the current Heart Monitor’s price point and form factor, it’d be interesting to see if AliveCor could put together an easy-to-use, fully connected 12-lead EKG device at a substantially lower cost than traditional devices.

On the other hand, the protocol described in this paper isn’t exactly efficient. Study members literally had to capture each lead sequentially, though this study seems to be more proof-of-concept and hopefully future iterations will address that problem. Other companies, like SHL Telemedicine, tackled this challenge using a simple chest strap. Also, the units carried by most emergency responders do more than just capture a 12-lead and are far more rugged than an iPhone. For use in the field, this device would have to address those needs.

Whether or not this device ultimately proves to be successful or useful, it certainly highlights some of differences between traditional medical devices and those emerging from the digital health space. Hopefully the attention to usability, connectivity, and interoperability that are important guiding principles of the latter will become standard across the board when it comes to the devices we use when caring for patients.