Continuing the steady stream of favorable and swift FDA approvals regarding Diabetes technology, yet another landmark decision came in Dexcom’s favor over the weekend. The FDA approved a new version of the Dexcom Share platform, which will make the Dexcom G4 continuous glucose monitor (CGM) the first on the market to be able to wirelessly transmit glucose readings directly to an iPhone. 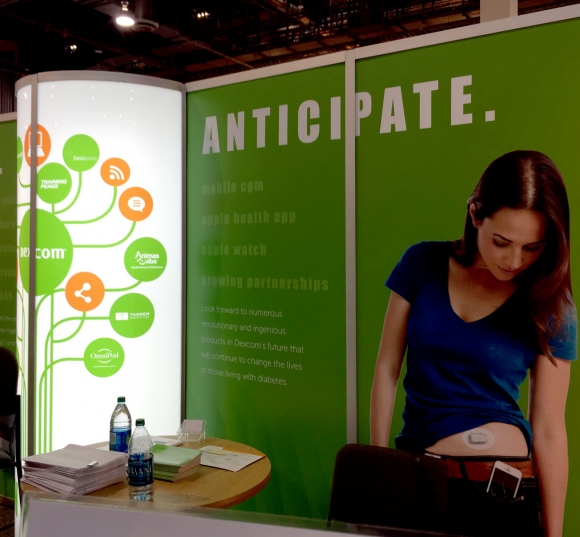 The original Dexcom Share, ($299, pictured below), which itself had just received FDA approval October 2014, was a docking cradle peripheral that could transmit Dexcom’s glucose readings to a nearby iPhone, which then uploaded glucose readings through the cloud to concerned family members or caregivers. However, the original Share solution required an entirely separate dock, which made it only viable for sedentary settings like overnight monitoring or monitoring while in a room at daycare. 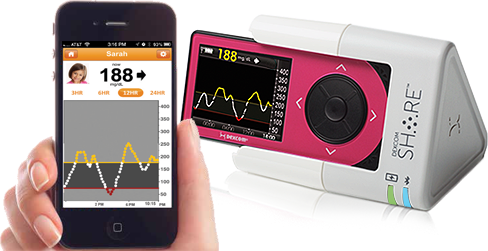 With the newly approved version of the Share, which Dexcom plans to ship this March, is a Bluetooth-enabled replacement to the original G4 receiver that will be able to transmit sugar readings directly to an iPhone app. 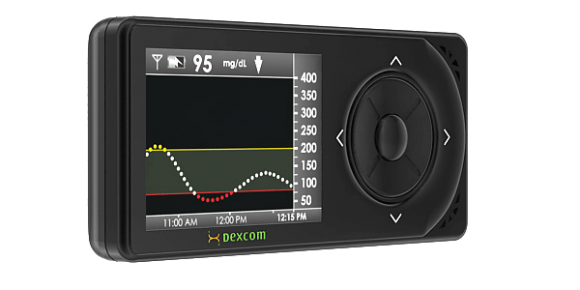 To clarify the terminology, the newly approved Dexcom receiver refers to an upgraded, Bluetooth-enabled version of the current G4 receiver (pictured above).  This receiver displays glucose information, has low/high alarms, and also allows the user to configure settings and calibrate their system.

The upgraded, bluetooth-enabled G4 receiver will be available in March 2015, and will ship with all new Dexcom G4 systems.

In a consumer-friendly move, Dexcom has announced that buyers of the original Dexcom Share cradle ($299), which went on sale October 2014, will automatically receive the upgraded receiver (that makes the cradle unnecessary) at no extra cost. Furthermore, this free upgrade will also be extended to anybody who has or will purchase the Dexcom G4 CGM this calendar year (2015).  For users who purchased the G4 system prior to the start of the 2015 year, Dexcom will offer a replacement program at an unspecified discount.

With the new G4 receiver, the Dexcom will continuously transmit glucose readings from the sensor (worn on the body) through the new receiver to the iPhone. The Dexcom Share iPhone app (free; iTunes Link) will then transmit the data through the cloud to up to 5 user-approved followers who will use the Dexcom Follow iPhone app (free; iTunes Link). With the Dexcom Share app, the primary user can change different view settings for each different follower.

What this DOES and DOES NOT mean

This FDA approval is huge news. It’s one of the first major approvals that makes complete sense to the end user, and seems almost entirely unrestricted by FDA red tape. Glucose data streaming directly to the iPhone is a no-brainer from a consumer standpoint, and every solution prior to this was clearly a stopgap solution meant to appease regulations.

However, people with diabetes won’t be throwing away any gadgets just yet (except if they bought the original Dexcom Share cradle). Since the receiver will be doing the actual communicating with the iPhone, the receiver will still need to be in range of the user.  However, it can remain out of sight (in a purse or backpack) and does not need to be accessed multiple times a day. Instead of pulling out the Dexcom receiver every time they want to check their sugar, they can simply access it through the Dexcom app on their iPhone (or Apple Watch!). 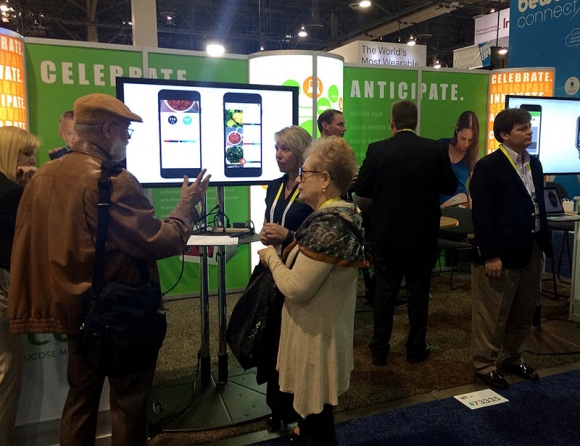 While users might still need to carry around their G4 receivers, the most exciting aspects of this latest development require some reading between the lines.

First off, consider Dexcom’s push to partner with third party app and device manufacturers. This new Dexcom Share system is the first time there will be official, live continuous glucose information available on the iPhone and in the Cloud.  Therefore, Dexcom-approved partner iPhone apps such as Meal Memory and Apple Healthkit would be able to pull live glucose data on demand, without requiring user input.

Secondly, during the FDA approval process, MobiHealthNews reports that while the new receiver went through a rigorous Class III pre-market approval process, the apps themselves were down-classified to a Class II device exempt from premarket clearances. Therefore, future “Follower” apps from Dexcom and other companies will not require separate premarket approval from the FDA, so long as they are not claiming to be the primary readout of the data.

Conclusion: This will be an exciting year

2015 is already shaping up to be an exciting year for diabetes technology. The FDA, long seen as an adversary to the pace of innovation, appears committed to facilitating the transition of diabetes care to personal devices like the iPhone and the Apple Watch.

Dexcom’s next Gen 5 product, which will be submitted for FDA approval this Spring, promises to transmit glucose data directly from the sensor (worn on the body) to the iPhone, which would make the receiver unnecessary.  Medtronic also demonstrated an upcoming version of their Guardian Mobile platform, which also promises to transmit glucose data directly to the smartphone.

I’m looking forward to the new devices and apps that this new culture of innovation will bring to the market. It’s about time.