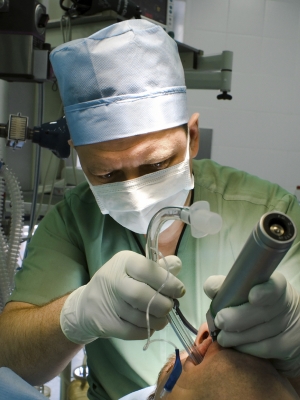 A total of forty eight first and second year medical students were recruited for the study. Each participant performed an intubation on an advanced airway simulation trainer with four supervision modalities.

Participants went through four rounds of intubation, using each supervision modality in random orders. FaceTime supervisors were located in another room in the facility. Of note, no participants had any prior intubation experience.

They found that there was no statistically significant difference between the different methods of supervision. The main outcome, time to intubation, was stratified by the order in which each strategy fell in the sequence experienced by the participant. When looking at the fourth pass by each participant, the median times to intubation for FaceTime and in-person supervision were 37 sec vs 49 sec and 31 sec vs 20 sec for direct and video laryngoscopy respectively. The probability of first pass success for FaceTime and in-person supervision were 0.54 vs 0.38 and 0.83 vs 0.85 for direct and video laryngoscopy respectively.

It’s worth noting that the confidence intervals were fairly wide. So some seemingly impressive differences between endpoints, like 102 seconds for FaceTime video laryngoscopy vs 40 seconds for in person video laryngoscopy, didn’t end up being statistically significant. Therefore, saying that the supervision methods are totally equivalent, or one is better than the other is a bit of a stretch.

Rather, what this study demonstrates is that virtual supervision of procedures like intubation is feasible and is at least reasonably comparable to in person supervision. Others have explored virtual procedural supervision, such as using Google Glass in the cath lab.