Pharma companies want to add an app to your next prescription 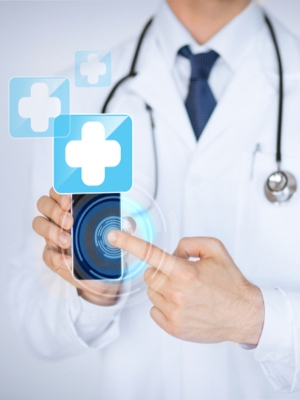 Ed. Note: This post was updated to reflect an error in the interview referenced. Details at the end of the article.

Recent reports indicate that several pharmaceutical companies plan to create internal digital health divisions that will drive the development of smartphone apps and other tools to go along with their drugs.

In a recent interview, Qualcomm Life General Manager Rick Valencia indicated that pharmaceutical companies will be establishing these divisions next year. The aim, in general, is to advance the development of digital health tools like smartphone apps to go along with medications being prescribed to patients. It’s expected that these digital health divisions will informally collaborate as pharmaceutical recognize the efforts their peers are making in the area.

According to Valencia, the aims aren’t entirely altruistic. There are major costs associated with medication nonadherence and part of the motivation is to capture some of the gains realized by improved compliance with prescribed therapies.

For clinicians and patients, it could mean that apps paired with medications could become far more common. For example, both Pradaxa and Xarelto have iOS apps directed at patients with information on the drug, important interactions, diet instructions, and more. For high risk drugs in particular, having these types of apps can be useful in helping reinforce the in-person education given when prescribing the drug.

For drugs that are targeted at chronic disease or behavior change, there could be significant opportunity to pair apps and digital health tools with the drug to improve compliance. Many clinicians will be familiar with the smoking cesssation support program that came along with Chantix when it was released. Similarly, mood tracking apps could be paired with anti-depressants or a carb counting app for a diabetes medication.

One limitation is that we’re unlikely to see these types of tools come along for lower cost generic drugs unless developed by third parties. Also, I suspect that the apps will collect personal information to further drive some of the highly targeted advertising we’ve discussed previously.

That being said, it will be interesting to see how these tools evolve and whether they do in fact come to be a standard part of the prescription of the medications we give our patients.