Apple’s microsite for their Apple Watch was recently updated, along with the health section.

While we’ve known when the watch was announced that Apple Watch would feature the three core concepts of “Move”, “Exercise”, and “Stand” — this is a good time to review other features the watch will have. 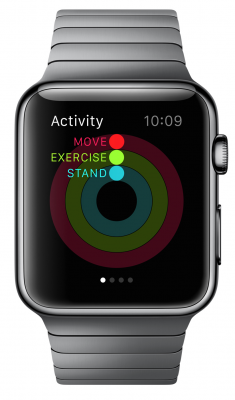 Apple Watch is big on setting goals on fitness activities, along with increasing your overall physical activity.

Here is an example of the Watch motivating you to push through a workout: 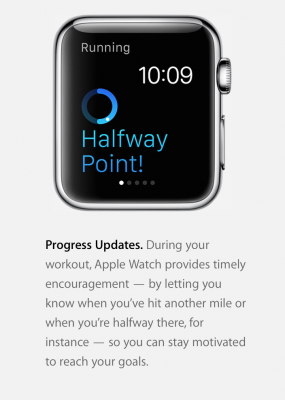 Apple touts the following for their Watch in regards to health: “Motivation by the day, week, and month”.

The Watch learns from your activity — how it does that hasn’t been described in detail by Apple. It’s interesting to note that Apple states the watch will use Wi-Fi along with GPS and the accelerometer to give more accurate calorie counts.

The Apple Watch will have specific achievements for various activities, and when you hit those goals, you get a special badge. Seems silly right? Except there is literature that shows achievements and motivational techniques such as this are well received by those using apps to help lose weight.  Whether they improve outcomes is heavily debated, with some literature articles supporting it helps while others saying it doesn’t.

Wearables have clearly moved past the era of simply tracking and storing health metrics. They are now making actionable suggestions based on analyzing prior data. An example is Jawbone and their new Coaching feature that gives active suggestions and analyzes past physical activity.

While form factor and ease of use of a fitness wearable are important, the wearables that pairs motivation techniques and analysis of health metrics will be the ones to stand out in the coming year. 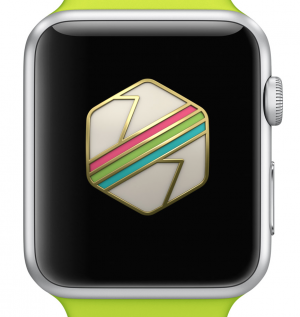